Call it love, fascination or a mere obsession, cause when it extends beyond mere interest or passion for an inanimate object; such as a timepiece, an extremely small percentage of humanity lives, breaths and worships watchmaking.

What makes one fall in love with timepieces? How can a piece of micro-engineering, once a utilitarian tool of a century ago, have this effect on a human being? Is it the love for something precious, which in today’s time more steel watches are being sought after than watches crafted out of noble metals?

Is it the legacy of the brand that one feels they are a part of through the acquisition of the timepiece, a sense of belonging; a sense of camaraderie? Is it a fascination of micro-mechanics, the constant ticking symphony of gears and pinions? Of complicated movement structures, calendars, tourbillon, or the grand-daddy of complications – the minute repeater, where the timepiece would chime on demand to tell you the time? Savants of Art, where one comprehends the micro enameled paintings on the dial, the exquisite setting of precious stones, the vision of the creator immortalized through an iconic design? Or is stroking one’s ego via the bragging rights one establishes on acquiring an expensive timepiece, among their peers?

The patrons and ardent practitioners of the horological faith, to whichever of the above sub-sect they may belong to, no matter what their difference of opinion may be in correlation to mechanical or quartz, steel or gold, brands versus independent, will confess at the end of the day; that a traditional watch cannot be replaced by the so called smart watches, or as I call them; ‘notification devices’, that are out there.

They say that the younger generation wants the luxury of ‘experiences’ than tangible luxury. To that, I can only point that one has not been fortunate on their discovery. Yes, one can argue the point of fancy marketing. It is marketing that makes one aware; sentient to the history of countless skilled individuals; watchmakers, engravers, enamellers, setters, designers – who over the years; have perfected their skillsets and have mindfully mentored their apprentices to pass over this dying artform.

The mechanical timepieces that suffered an existential crisis due to the advent of the quartz watch, endured; and over time, has established it patrimony. Technology has always followed a linear progression. In no other have we found the world still practicing, appreciating and keeping alive tradition; but an artform, such as in horology. The way I see it, it is our hearts that breathe life into these inanimate objects of art. 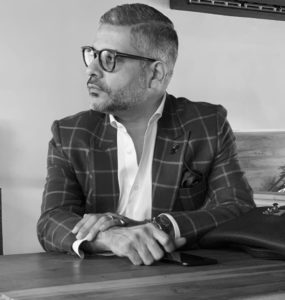 Sarosh Mody is the founding director of Luxury Watch Works. Based out of Mumbai with a pan-India reach, his after- sales service workshop is authorised for 20 Swiss luxury brands by Group Richemont, LVMH and other noteworthy, independent watchmakers. With an industry experience spanning over two decades, Mody has led projects for watches and jewellery by way of advisory, media, retail and after-sales services. Explore more via https://www.luxurywatchworks.com/