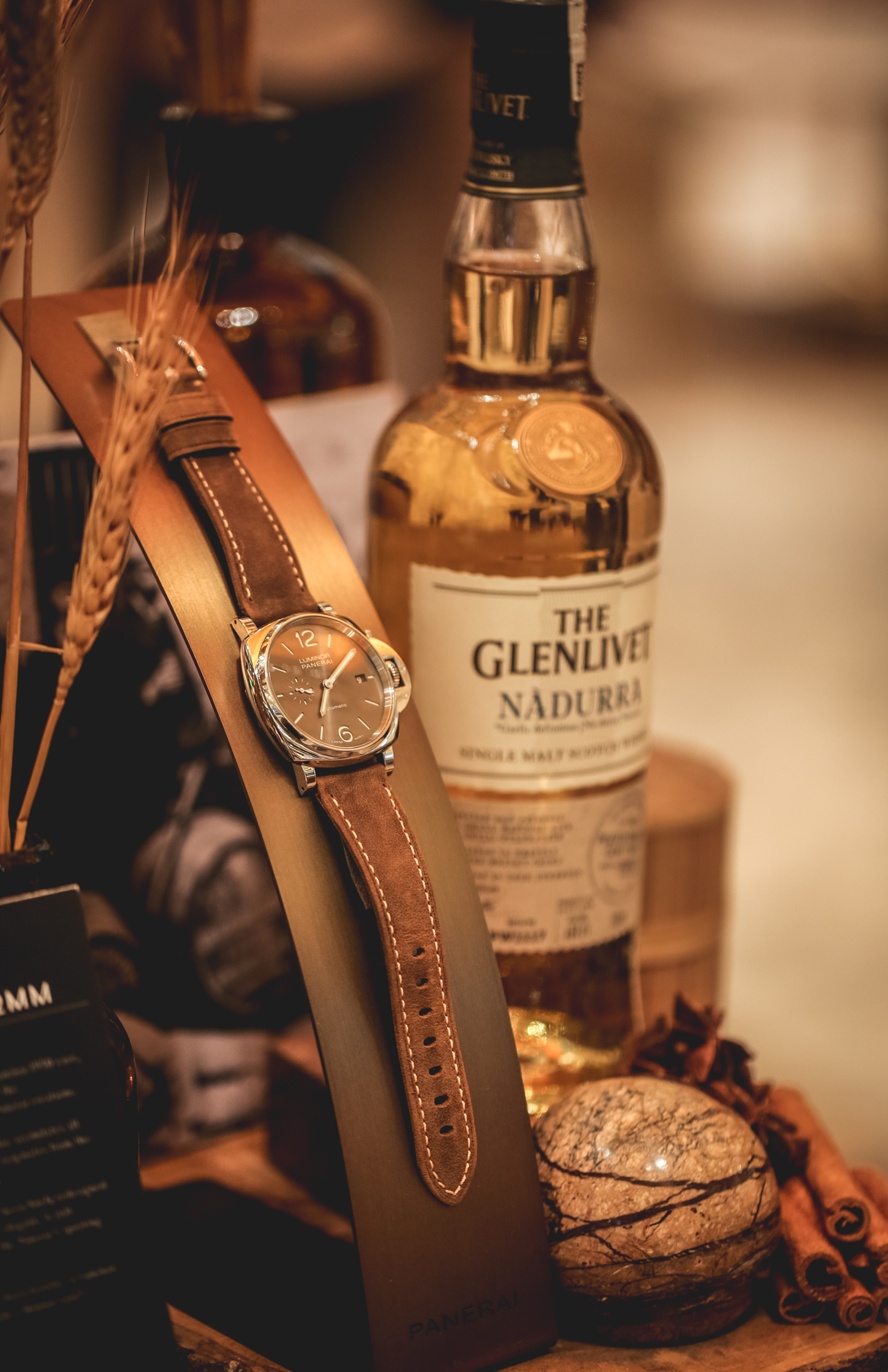 A great watch and a good whisky make a formidable combination. The former is a sure shot conversation starter, while the latter enriches those conversations, making bonds stronger. With rising penchant for experiential luxury among connoisseurs, ‘Vishawatch’ has embarked on a fascinating journey of curating memorable experiences. After hosting an evening showcasing some of the best whiskies and watches in Delhi, Vishawatch team landed in Mumbai to re-create the magic with handpicked Panerai watches and Pernod Ricard’s The Malt Legend portfolio.

The ambassador for Single malts in India, Stuart Baxter conducted tastings for The Glenlivet, Aberlour, Scapa Skiren, which were paired with Panerai’s Luminor Due, Luminor 1950 Equation of Time and Luminor Submersible, respectively. “The pairings were done on the basis similarities in terms of design, story, complexity and the craft behind each of them,” says Vishesh Sahni, Founder of Vishawatch. Hosted at ‘Art of Time’ watch boutique in Mumbai, the evening was attended and enjoyed by high heeled watch enthusiasts, collectors, media and influencers. Here are a few glimpses from the evening and stories behind the pairs.

The Submersible and Scapa were simply made for one another. Scapa is situated on the shores of the island of Orkney in the north of Scotland, below the walls of the distillery lies Scapa Flow, one of the most wild and unpredictable bodies of water in the world. Much like the Submersible the islanders living in Scapa are resistant to extreme conditions and from these conditions they produce a wonderfully sweet and well rounded single malt whisky. Similar to Scapa whisky and as its name clearly hints, the Submersible is deeply connected to the sea. It revives Panerai’s great tradition of epic exploits in the depths of the sea. The design of the bezel is inspired by that of the watch created in 1956 for the Egyptian Navy known as “L’Egiziano”.

Luminor Due and Glenlivet Nadurra

As the Luminor Due is the newest addition to the Panerai family so is the Nadurra for The Glenlivet. This expression has the same expert craft that has gone into every bottle of The Glenlivet for nearly 200 years, the elegance and subtlety of its colour in no way indicate the power of its flavor. The Nadurra has a peated cask finish, rather than using peat at the start of the process, it is used at the end to create a balance of smoke and delicacy, rare to find in many single malts.

Luminor 1950 Equation of Time and Aberlour 18

Like the Aberlour 18 which brings more “body” to a single malt whisky, this is a watch that brings a more sophisticated side. It’s bold design embodies the brand’s heritage and sporting spirit, but also a complex function which displays the difference between the mean time and the true time indicated by the solar meridian. With its process of double cask maturation Aberlour 18 is one of the most complex whiskies in the portfolio. Its humble origins in the town of Aberlour in 1879 allow this single malt whisky to utilise local ingredients to produce an exquisite and refined flavor.