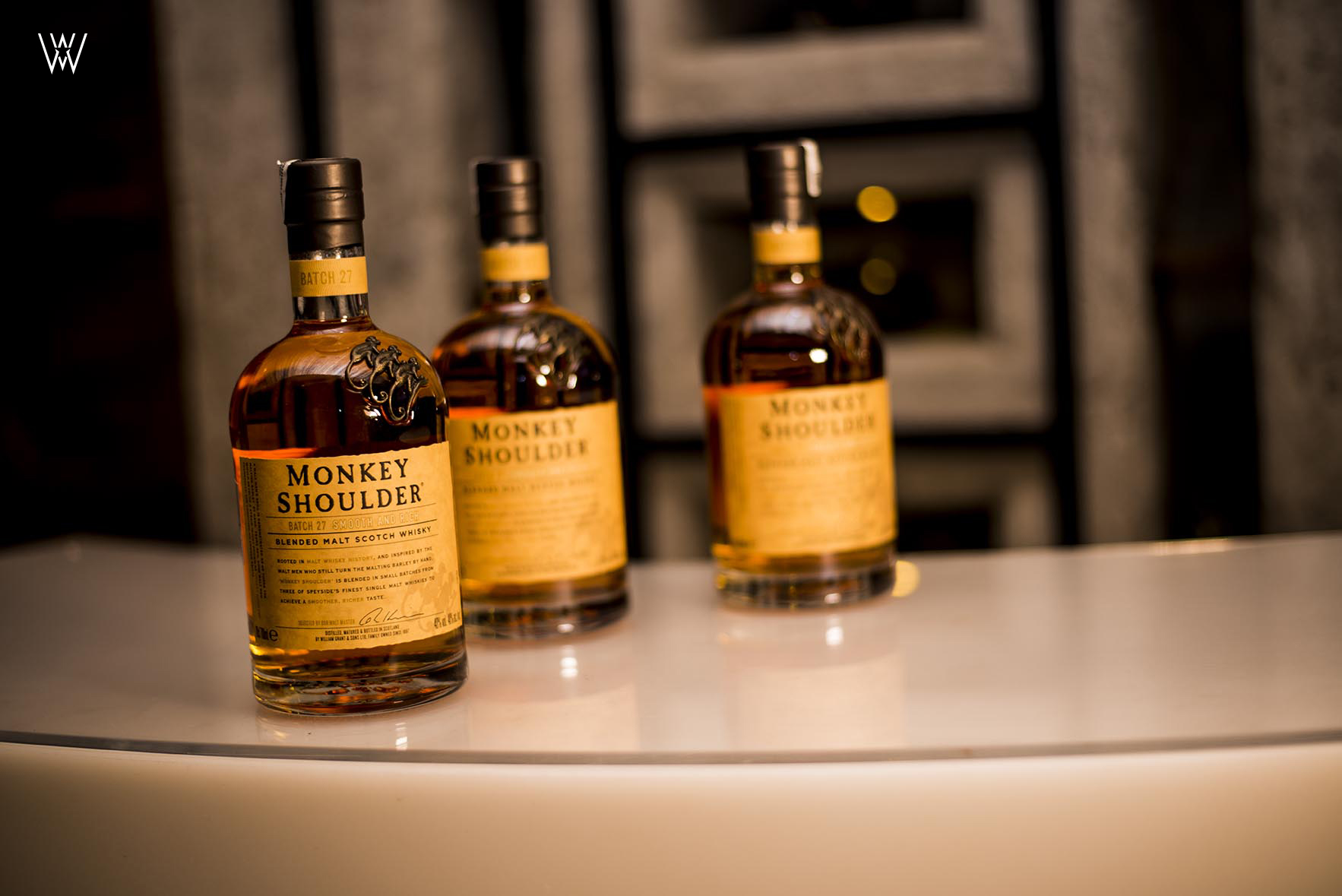 Ever heard of a whisky named after a painful ligament injury? It might sound like a strange thing to do, unless of course said injury has a cool name like Monkey Shoulder. It refers to a condition that maltmen picked up while working long shifts, turning the barley by hand. It had a tendency to cause their arm to hang down a bit like a monkey’s. 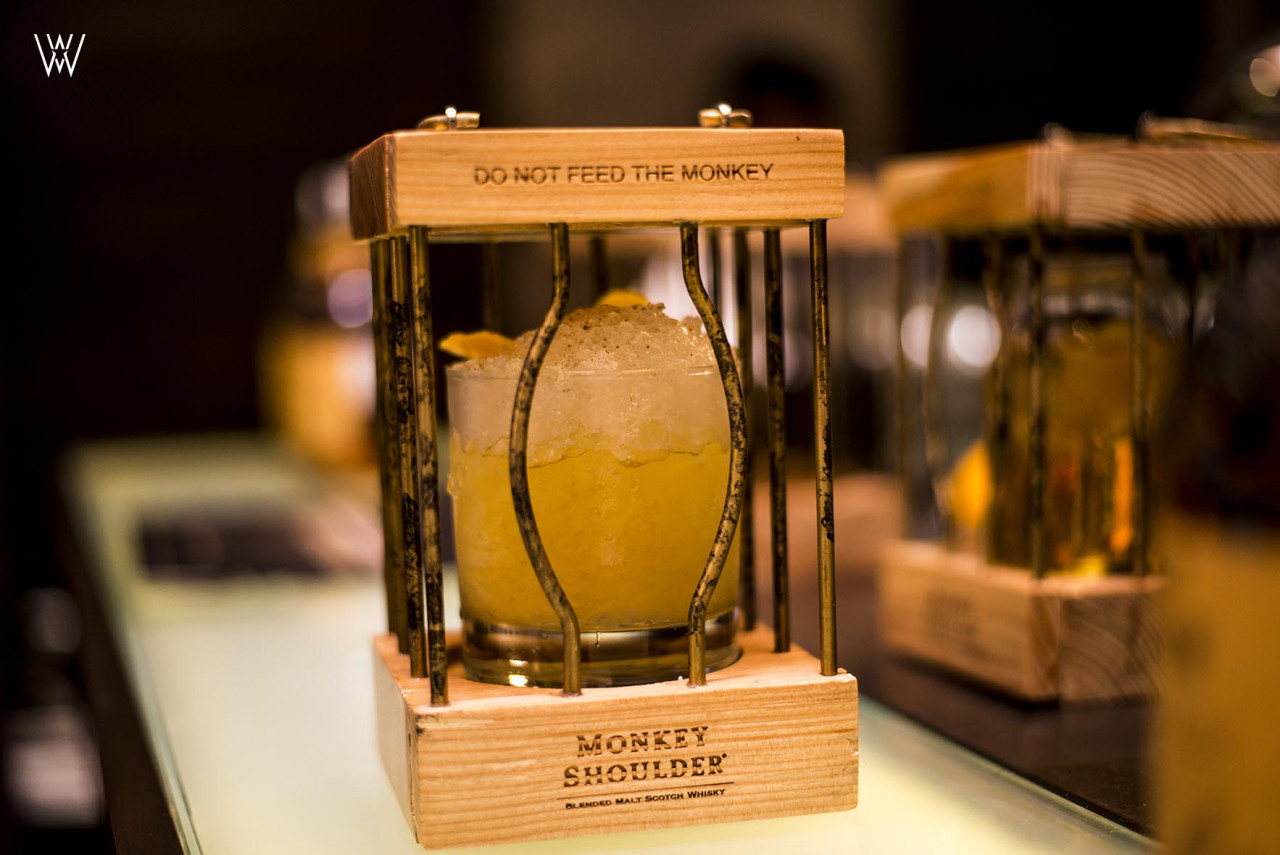 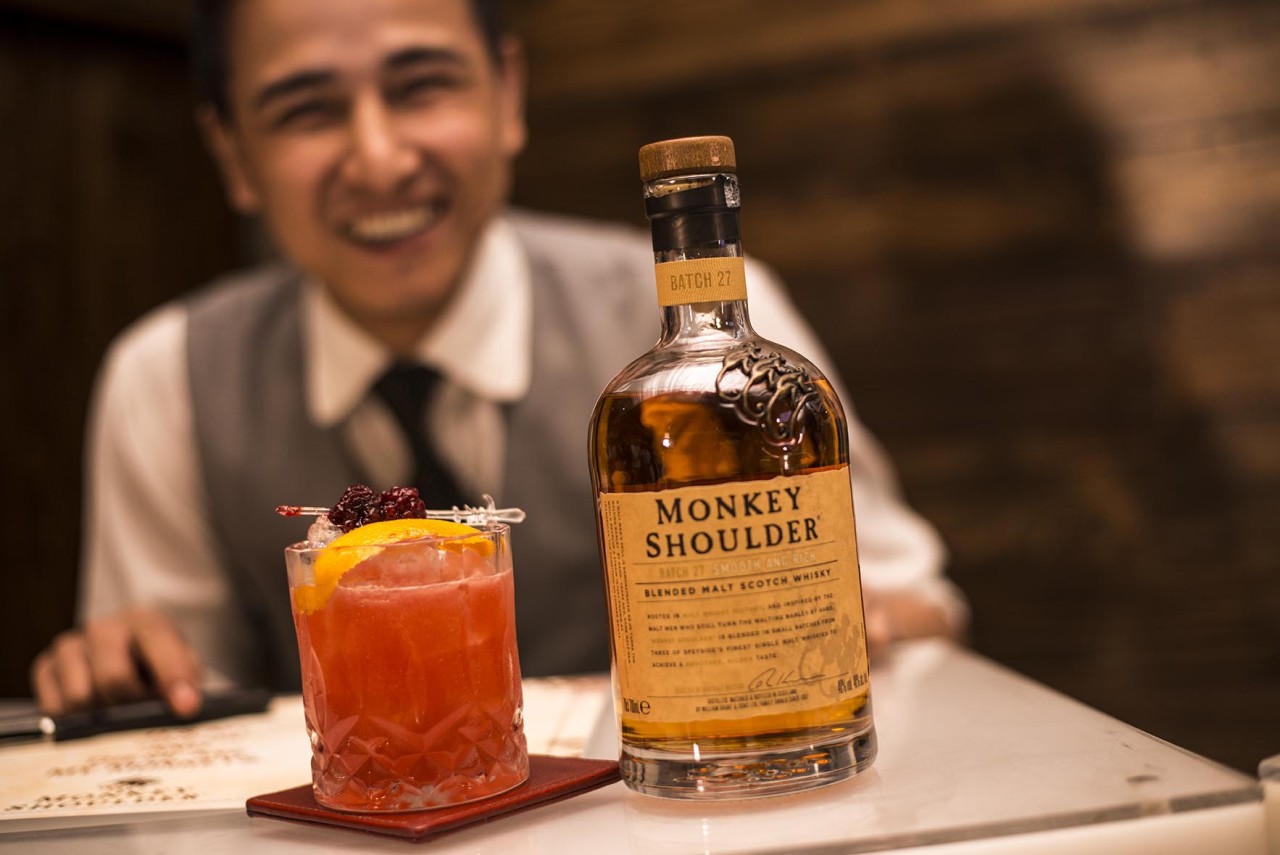 Monkey Shoulder, a blended malt scotch whisky, is a unique blend of three single malts – Glenfiddich, Balvenie and Kininvie that is aged in signature ex-bourbon casks. Sweeping aside the old fashioned ways of dwelling in scotch whiskies, Monkey Shoulder has become no less than a cult by balancing the authentic with the contemporary. It is leading the way in changing the image of traditional whisky. It has caught the attention of country’s leading bartenders with the smooth and rich qualities of malty sweetness that make it as ideal for mixing cocktails.

Monkey Shoulder is leading the way in changing the image of traditional whisky. 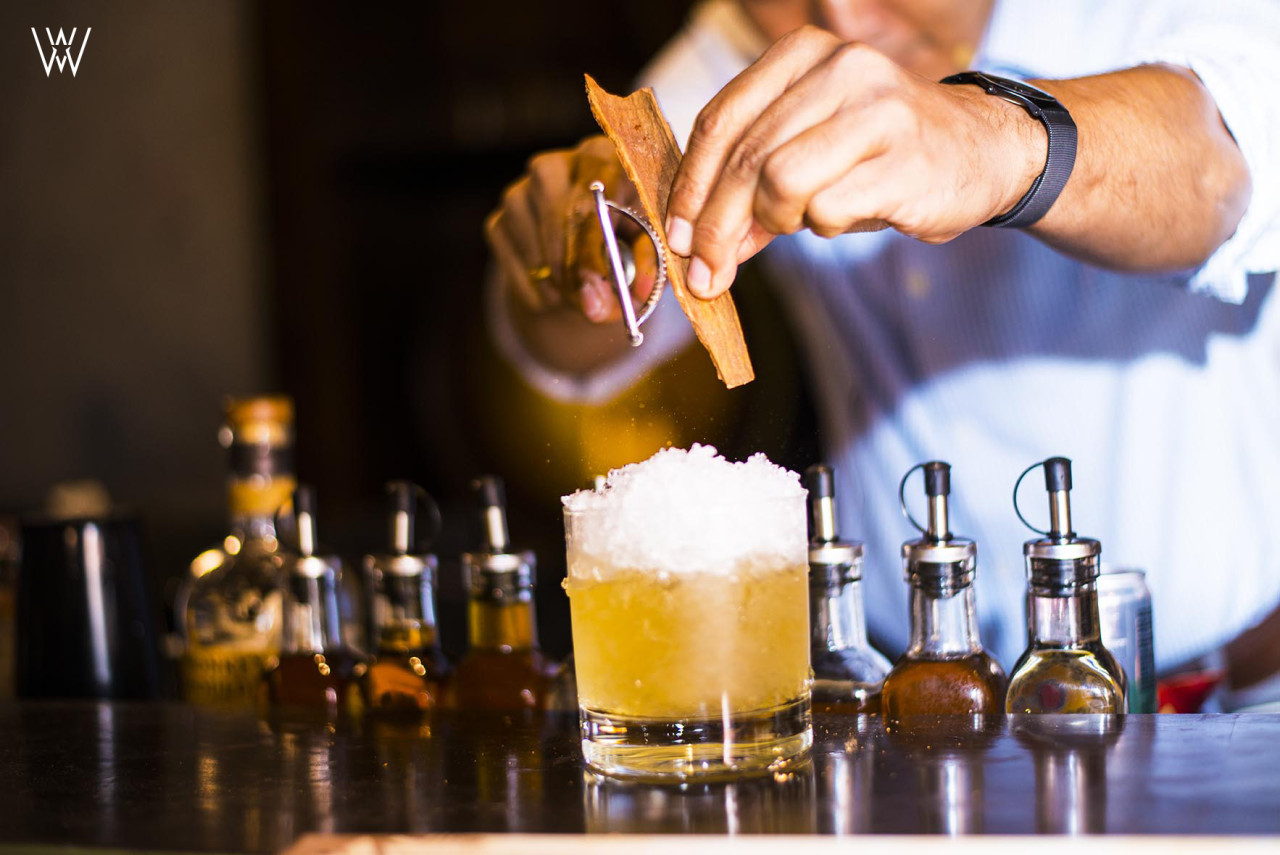 When we first tried it, we instantly realised that it is different from the other blends available in the market. Monkey Shoulder’s smooth, rich, distinctively mellow taste, rounded and complex, makes it appealing to the young at heart. It is a very malty Scotch which works superbly well neat, over ice or in whisky cocktails (where it really excels) and is a great conversation starter.

With Monkey Shoulder’s smooth and approachable flavour, it is a solid success with bartenders and is the most trending whisky across world’s top 100 bars. As part of the launch event in Delhi’s Set’z Bar (DLF Emporio) 20 bartenders, from the best bars in Delhi NCR, were invited to enjoy and make innovative cocktails with Monkey Shoulder and get pampered at Gentleman’s Tonic Salon. 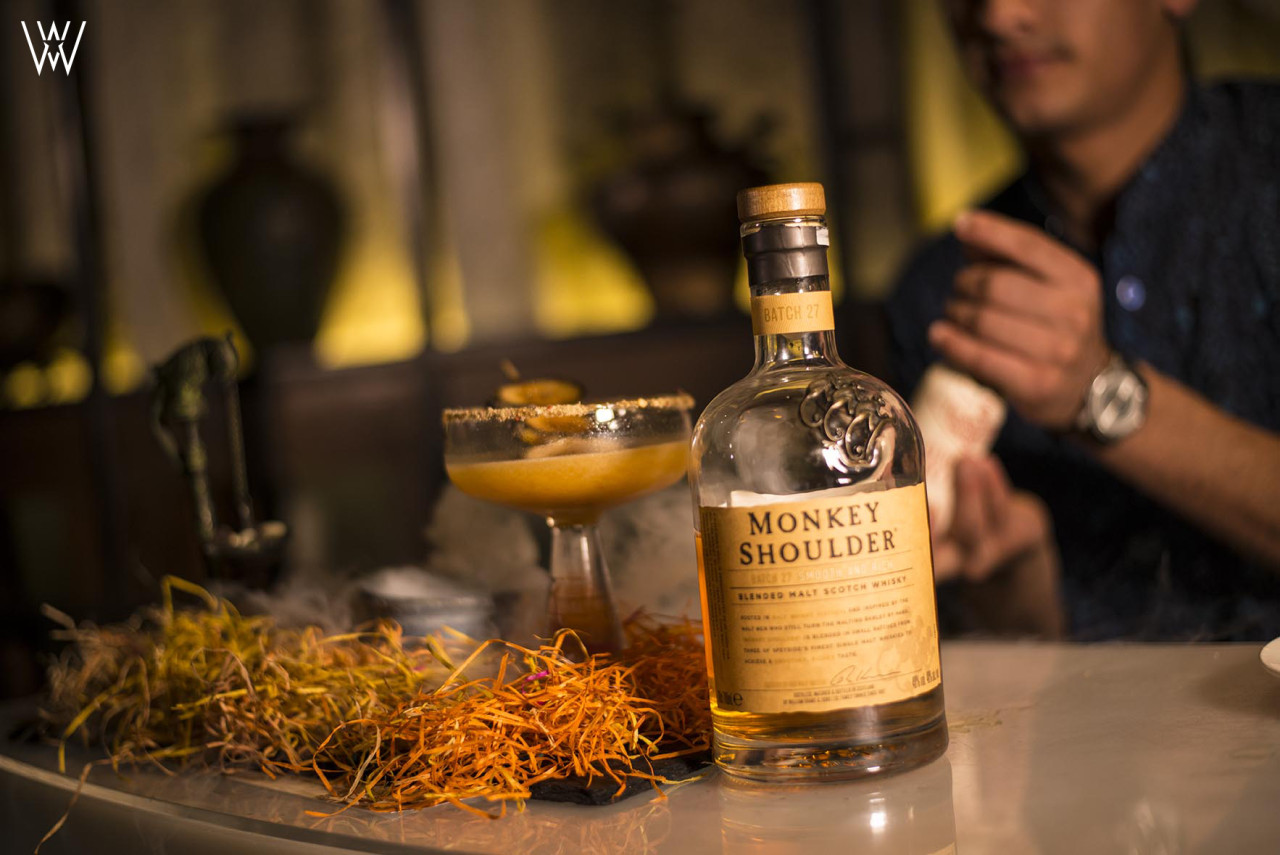 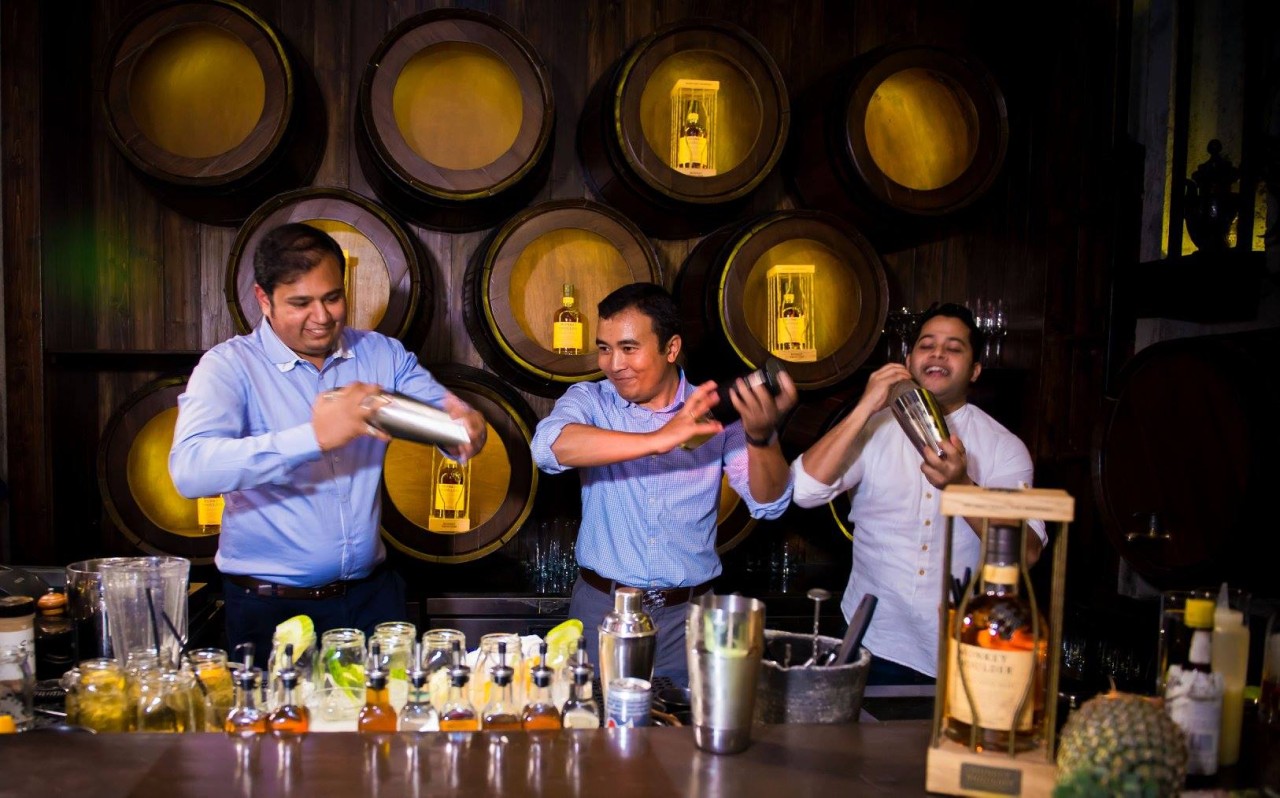 The biggest highlight of the evening was to watch the country’s top bar personas – Nitin Tiwari, Yangdup Lama & Arijit Bose churning some amazing Monkey Shoulder cocktails which was later followed by all bartenders making more amazing cocktails for the audience at the event. 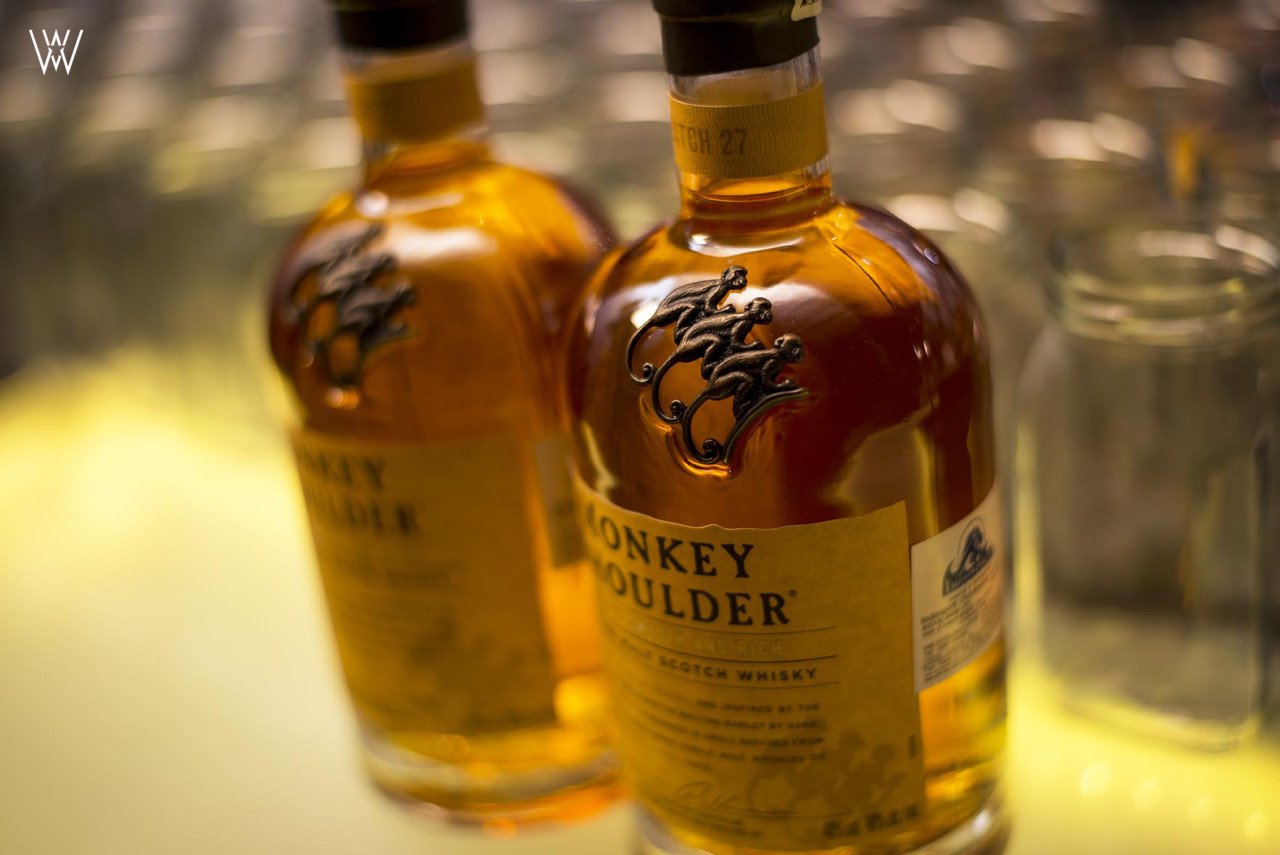 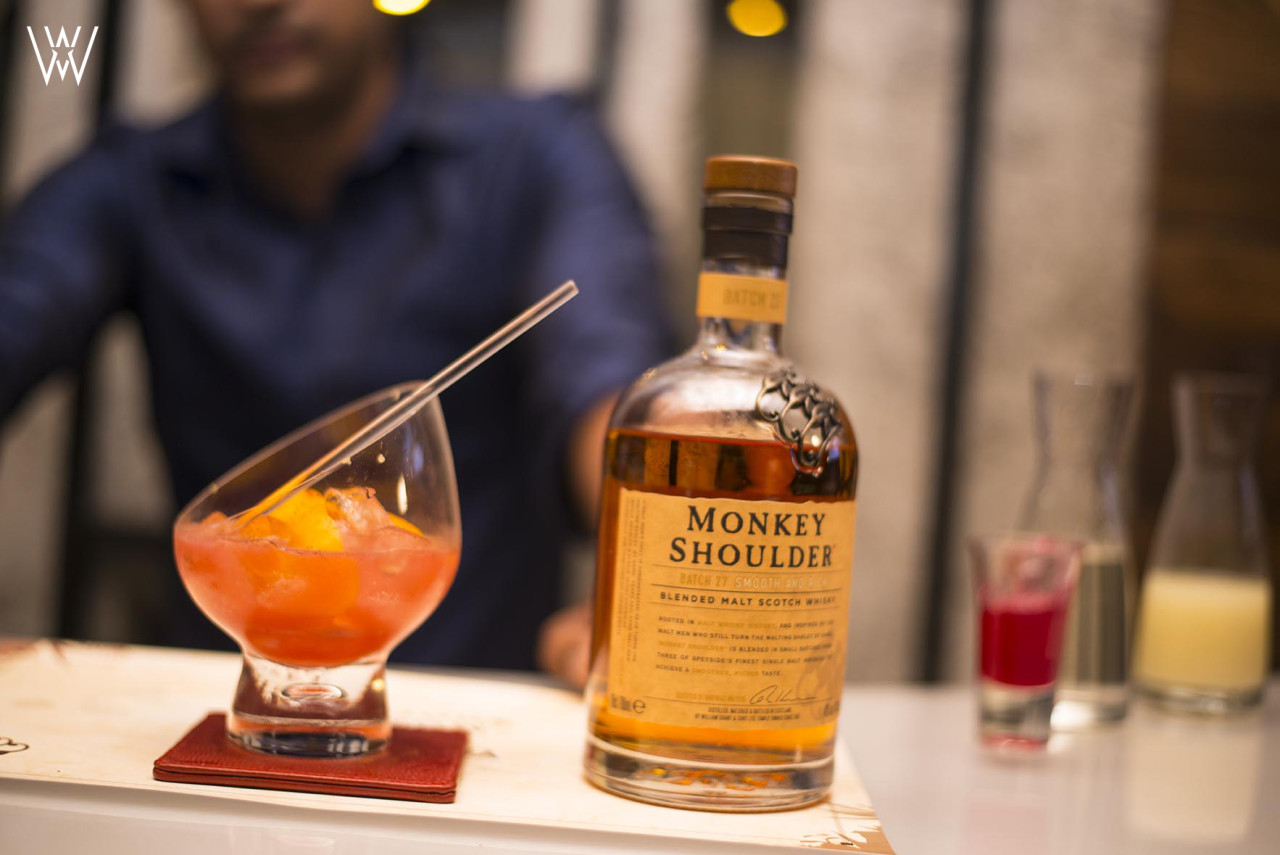 If you like to sit back and enjoy your whisky like we do, then do yourself a favour and get Monkey Shoulder. This is a great dram for those that don’t like peat. It is also smooth on your pockets, at just Rs.4000 for 700ml bottle. 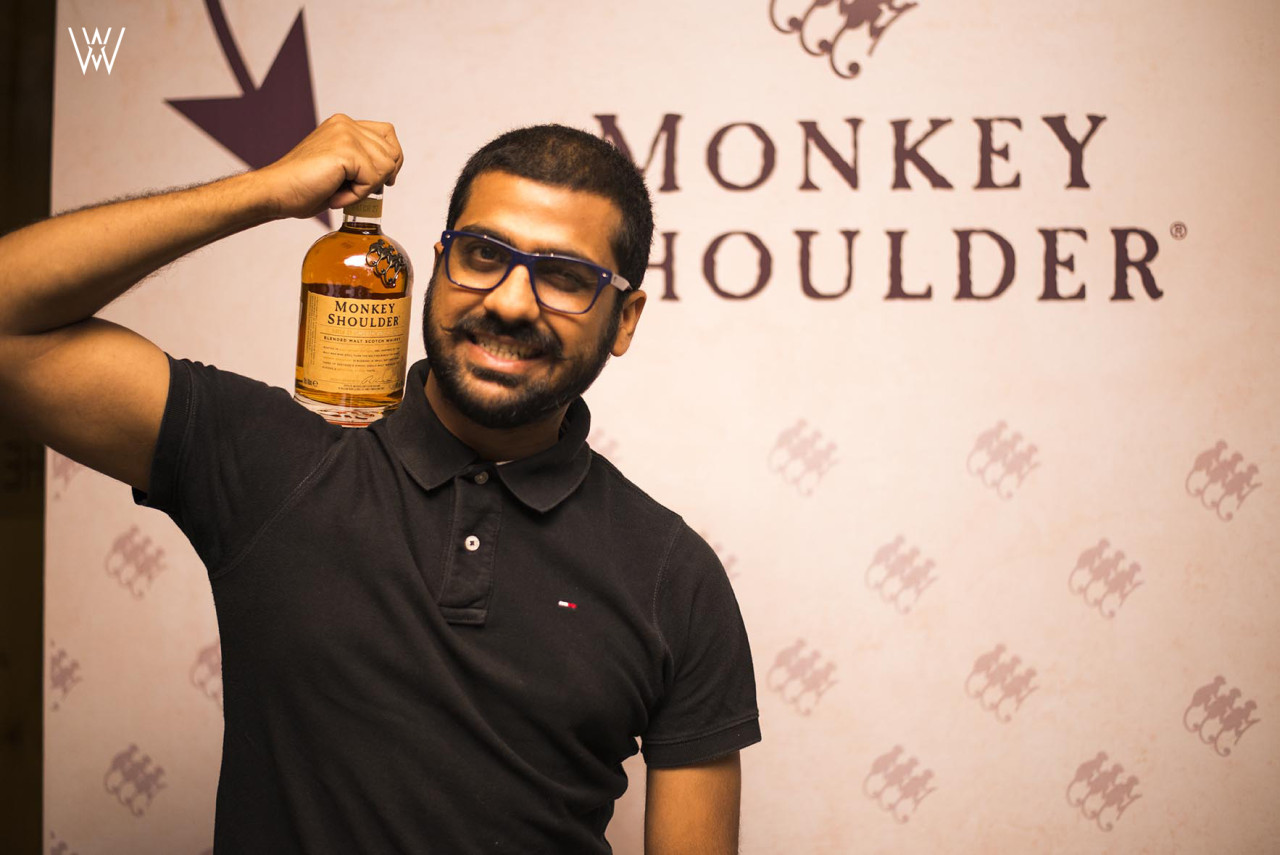 Our Tryst with Glenkinchie 1986 Distillers Edition