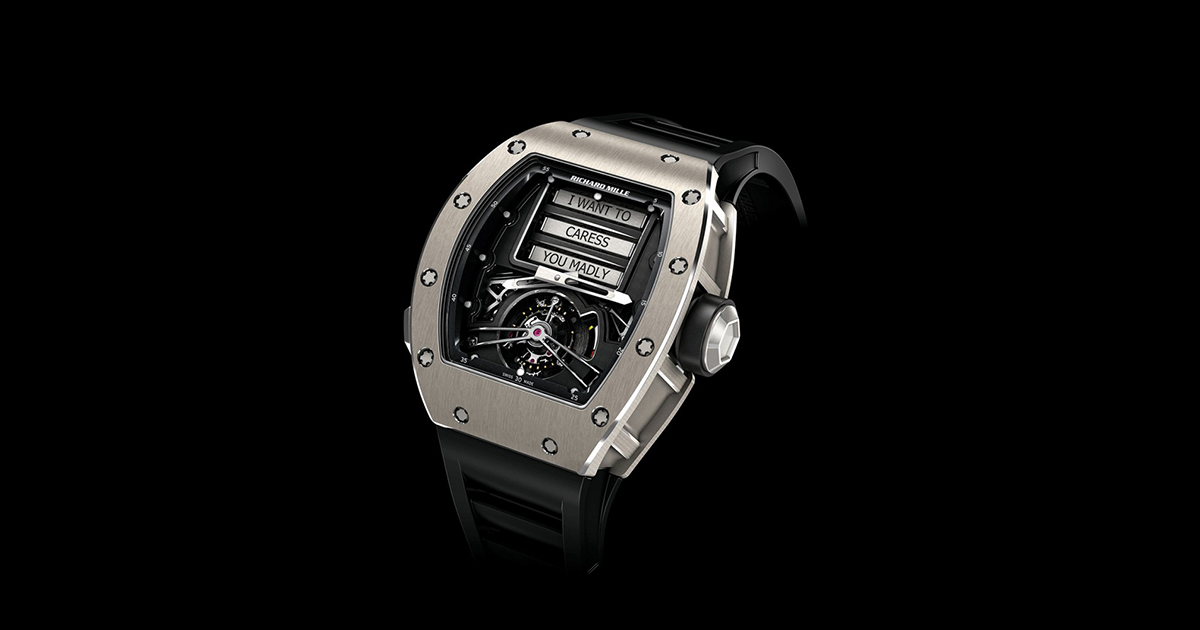 It is manually wound with a 69 hour power reserve, while the bridges and base plate are coated with a black PVD layer. The titanium case measures 50mm long and 42.7mm wide, with a thickness of 16.15mm and because the rollers take up all the space in the top of the case, the movement has been constructed with the barrel sitting directly below the tourbillon. The power reserve is located at four o’clock.

This masterpiece of the mechanical art of seduction will be a limited special edition of just 30 pieces. Nothing worth having comes cheap. No surprises, this wrist-bound erotica will be priced at around $1 million!