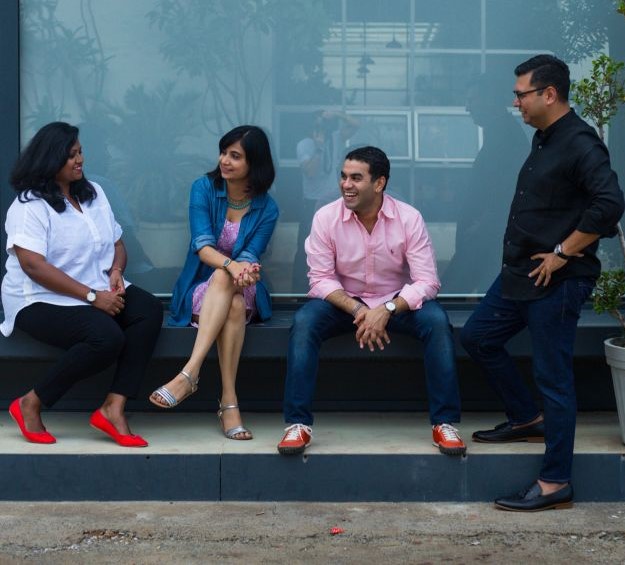 The young warriors of Viking land in the 8th century were known to melt the armour worn by their slain heroes who fought a hard battle till their last breath. It was the Viking way of honouring the nerves of steel enmeshed in equal measure of valour and of strength. The times they are a-changin’. In the modern era, heroes risk becoming an extinct race. Today, method and analysis is preferred over art and creativity. In short: the left-brain wins over right-brain almost, always. But, Nirupesh Joshi and Mercy Amalraj — the ‘it couple’ of micro watches — have always been mavericks by default, not by design.

As the whole world bid a tearful adieu to the first supersonic fighter jet of the Indian Air Force MiG 21 type 77, renowned as the ‘dogfight duke’ of the 1971 war, founders of Bangalore Watch Company had other plans. They wanted a piece of that fuselage on every wrist. The flying machine was destined to be a time machine, adorning the joint that bridges the hand to the forearm. This is the story behind their latest offering MACH 1. You have to wait a little longer, before we give you more dope on the new watches (in our upcoming blog soon) that pays a fitting tribute to the machine that is the inspiration behind the modern pilot watch and hopes to repeat the success enjoyed by Indian Air Force’s air defence weapon that served for half a century until its retirement in 2013. With worldwide deliveries set to begin from November 2019, we at Vishawatch are looking forward to experiencing this time machine soon. Click https://www.bangalorewatchco.in/mach-one to get a sneak peak.

For now, here is a recap of the free-wheeling chat we had with the folks from Bangalore Watch Company in Delhi a while ago. 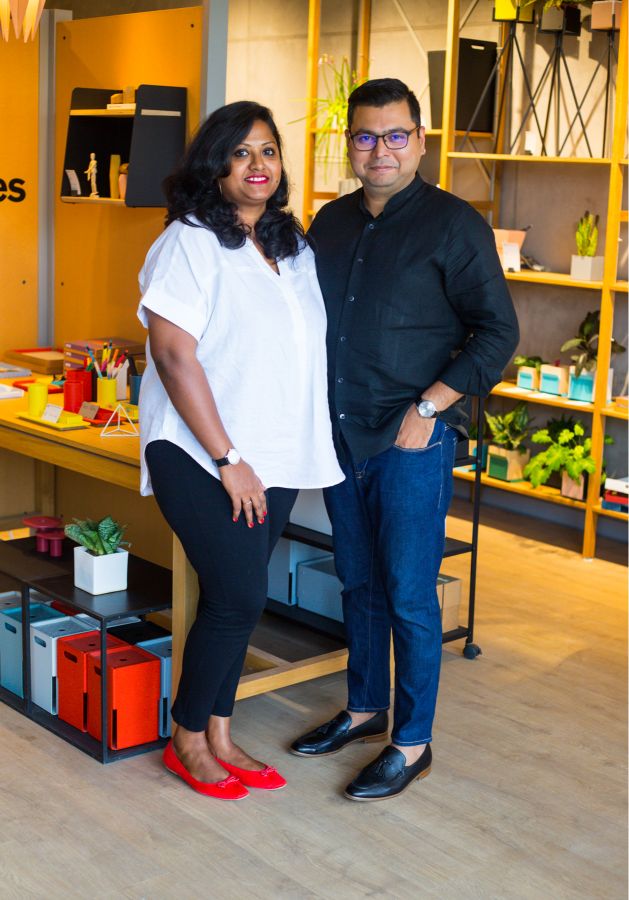 The Story So Far

If you look up Bangalore Watch Company on the Internet, several write-ups and stories show up about the brand and its dynamic founders, penned by the who’s who of both Indian and international media. Despite being a toddler, barely two years old, BWC has managed to create a buzz in the world of watches for all the right reasons.

From how the brand was born to the high quality watches that have been rolled out so far, BWC definitely is a fast emerging high quality brand with its roots firmly in India. Loaded with the experience and exposure from having lived in Boston, Seoul and Hong Kong besides the other frequent globe trotting, all thanks to their highly paid tech jobs, Nirupesh and Mercy decided to go on a sabbatical. They had an inkling of an idea. “We were pretty content with what we were doing. There was no reason to do anything crazy like this,” confesses Nirupesh with a carefree laughter. As it turns out, the two cannot be more proud of the fact that they decided to take a plunge into creating something of their own.

It was their keen interest in watches and the time they had spent at fancy watch boutiques abroad that worked as a fuel to kickstart this beautiful journey. Like all great start-ups, BWC wanted to turn a negative into positive. Irked by the cliched representation of India by some of the established global watch brands, the husband-wife duo wanted to paint the story with bright colours on a fresh palette — the idea of a New India. No tipsy snake charmers, ubiquitous rajahs, or the ivory pulled out of a perished pachyderm. BWC re-imagined Indian watches.

“Sadly, the world view of India is to put exotic gods or some oriental motifs on the watches. We clearly had a very different viewpoint. The India we know today has women flying fighter planes. We have nuclear energy and renewable energy. That’s what we want to bring out in our watches,” Nirupesh says, taking the bull by the horns. Mercy is the quieter of the two, and intervenes to make a point sometimes as our conversation gathers steam over cups of fresh brew. 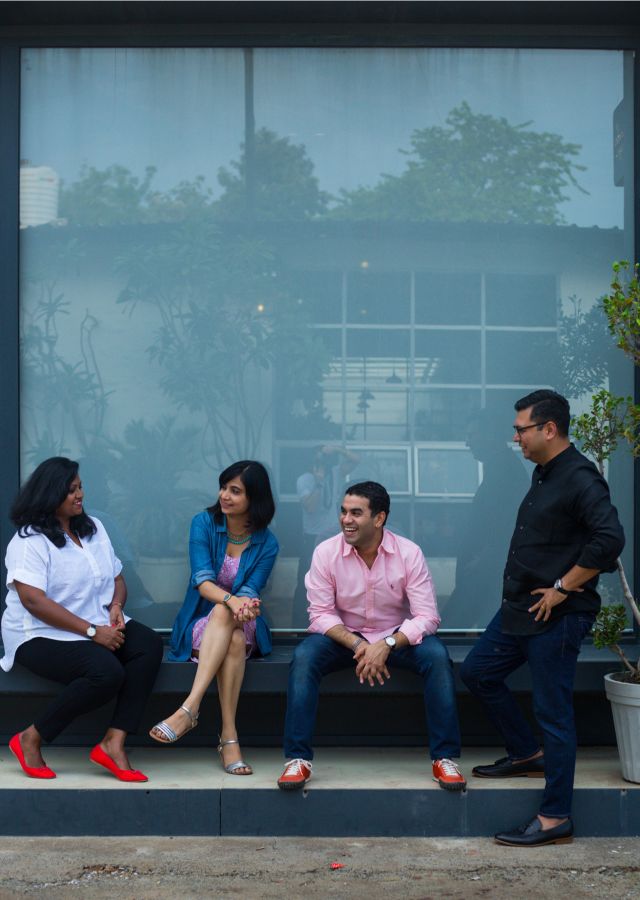 A fun ride, but not easy

Thinking about making watches and actually making watches are two very different things, as BWC found out. Filled with nationalistic fervour, the couple headed back to their base — Bangalore — to turn their dream into reality. The ride has been more of a roller-coaster one than initially expected. “We were a bit naive to assume that we would come into India and make world class watches,” Nirupesh says, recounting the hiccups.

For example, there is only one factory in the country that produces surgical grade stainless steel watch cases. “This is a unit in Bangalore making cases for international brands, but we were not happy with the quality hence had to go overseas to achieve the kind of brushed and polished finishes that our watches have today,” say the couple, who complemented each other by wearing black and white, reminding us of Yin and Yang.

The colour combination created a strange dreamscape, but it was time to wake up and smell another round of coffee. In its own way, making watches for the world led Nirupesh and Mercy into a mini-discovery of what India is. The largest crystal maker in the country, which works with many international brands, surprisingly does not make sapphire crystals.

“We quickly realised that if you want to make something really world-class, you simply just can’t make it all in India. We did not want to do it just for the sake of it,” he said adding,”We had good careers and had set high standards for ourselves personally, which is why we wanted to be in a position to be proud of what we were going to create.”

Between 2016 and 2017, the couple made several trips overseas to source components, which did raise their overall cost, but there was no way quality was to be compromised. 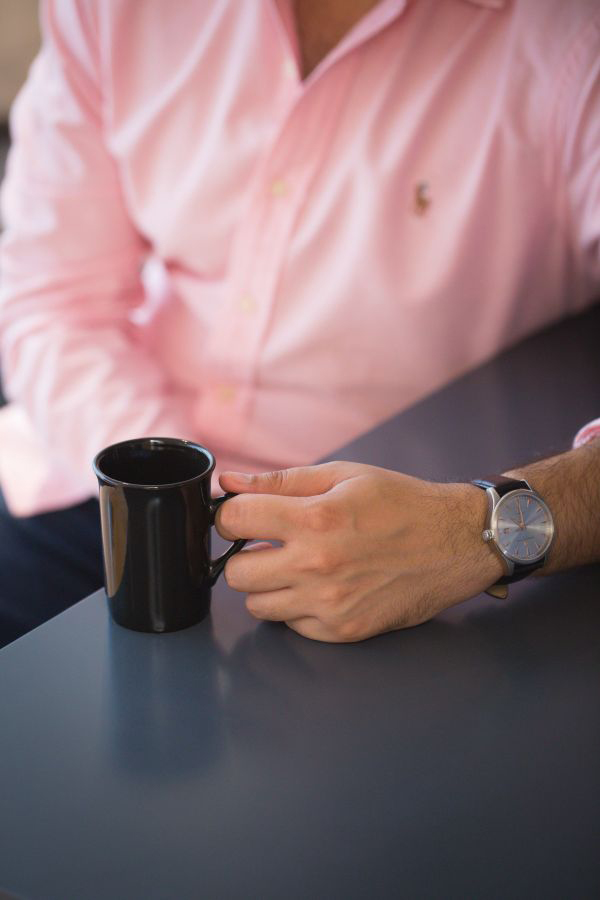 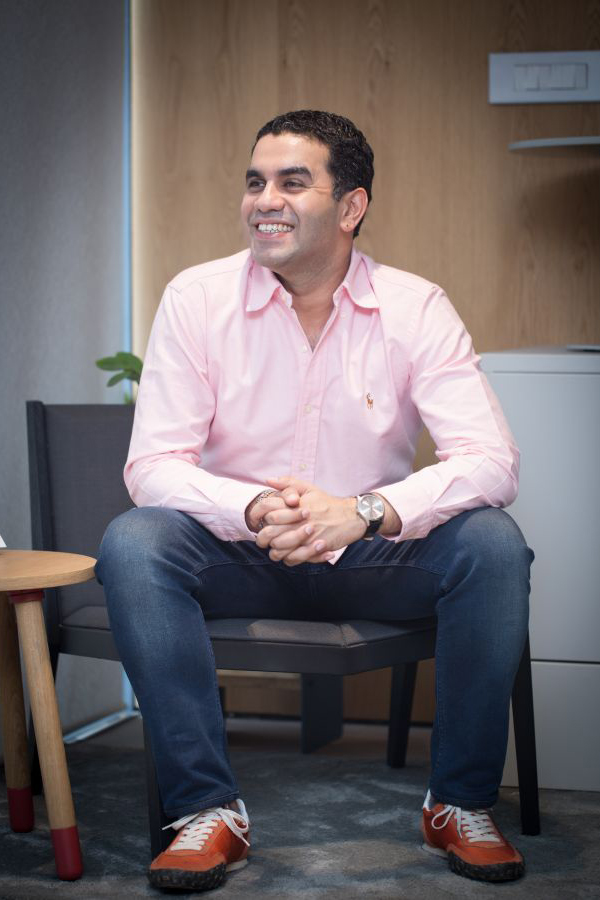 With their life savings invested so far, Nirupesh and Mercy are spending every penny very cautiously. Cash burn is a strict no-no. “This is our big apartment,” he quips. Yet, Mercy and Nirupesh do not seem to be in a hurry to get a shot in the arm from private equity investors and venture capitalists.

“In the last one year, we have been fielding calls from people interested in investing in the brand. Though it is a lucrative idea to grow the business, but we are not ready to take that route yet,” he explains.

The reason is simple. They want to build the BWC brand organically, instead of sweating over meeting the high, sometimes unrealistic expectations that come with such investments. “For instance, a lot of VCs told us that they were ready to invest a million dollars in the business expecting a ten times return in five years,” he says adding,”we do not want to tread that path at the moment.”

Well, no one can foretell the future, but for now, the tech-to-watch couple are going strong with their own hard-earned money. “Having said that, we will never say no to an investor who comes with a long term plan and shares our vision,” say the Bangalore Watch Company founders.

Direct to consumer is the way, for now. Yes, the only way people can buy BWC watches is through the brand’s website, which adds a fair touch of exclusivity. The founders are not convinced about selling through dime a dozen retailers. The watch-makers think such retail outlets hamper the unique buying experience that BWC wants to offer. The no-retail route also means Mercy and Nirupesh stay away from the discount-driven mindset that prevails all too much at multi-brand retail shops that operate on enticing the customer by hook, or crook.

“We believe in controlling and managing the buying experience ourselves. About 90% of the owners of the watches we have personally interacted with,” Nirupesh said. It’s a very personal customer engagement, almost like giving a daughter’s hand in marriage. “Even after a sale has been made, one of us calls the buyer. We are very involved in the buying process,” Mercy avers.

Priced under Rs 50,000 per watch, the BWC portfolio so far has received great response since the launch, but Nirupesh refrains from sharing the exact number of watches sold so far. “We have shipped 100s of watches around the world, with no discounts at all, not even on a single watch,” he adds. The watches have been shipped to nearly 30 countries worldwide, making exports 40 % of the overall sales. 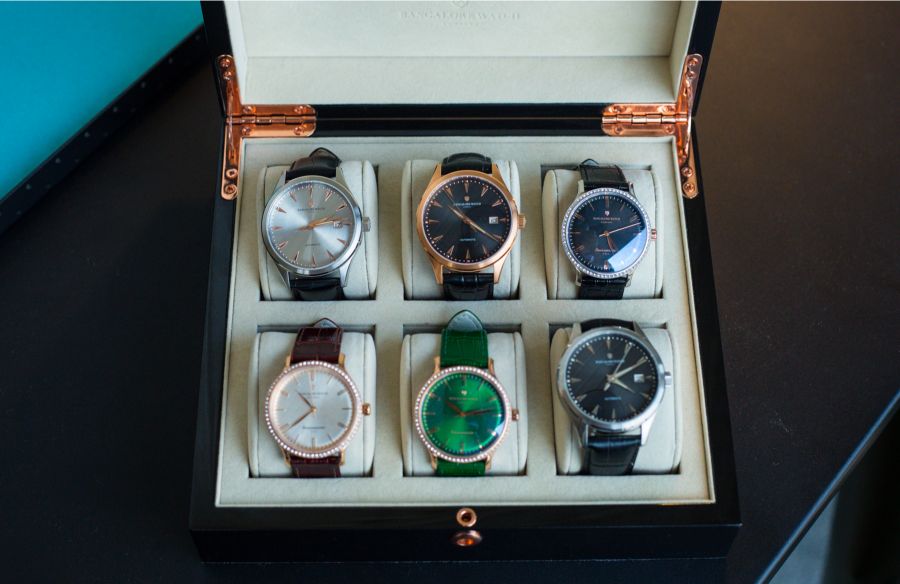 The Debut Watch : The Renaissance Automatic

The Renaissance Automatic is a mid-century inspired dress watch collection. The timepieces in this collection are classic yet modern, with an understated wrist presence. Produced in a limited edition of 500 pieces, these timepieces are not statement pieces, but complement wrists of those that don’t have the necessity to flaunt their purchase. Fitted with Citizen Japan’s Miyota 9015 movement, the case comes with a domed scratch-resistant sapphire crystal in the front. The front crystal is also treated underneath with an anti-reflective coating allowing you to get a clear view of the dial at all times, both indoors and outdoors. The 40mm cases of these beautiful watches are machined out of surgical grade stainless steel, and constructed for a water resistant rating of 10 Atmospheres or 330 feet. With the date window at 3H, the movement carries 24Jewels and is tested to have a 42 hours power reserve;  it vibrates at 28,800 beats per hour resulting in a smooth sweep of the seconds hand.The Argentum, Grand Ivory, and Deep Anthracite dials are all finished with a circular brushing pattern with applied indices for hour markers, applied minute markers, and an elegant date window at 3H. That’s not all, 74 individual elements including the hour indices, minute markers, date window, and the signature shield logo have been hand applied on each of the dials. 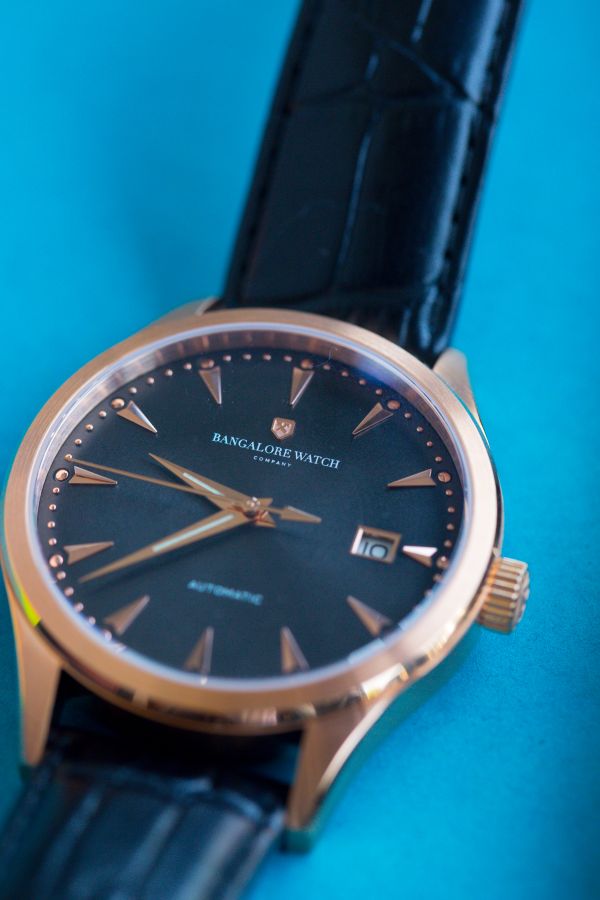 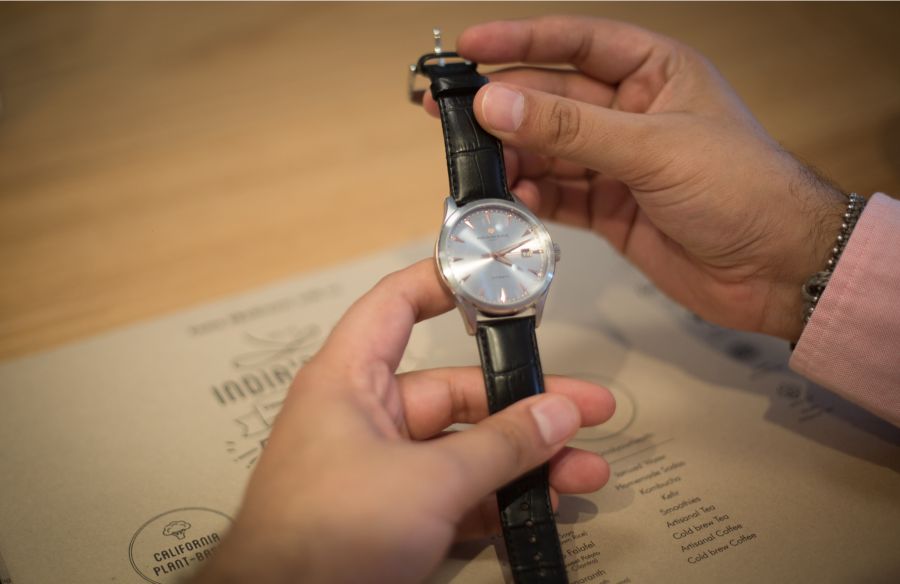 A mid-century inspired dress watch collection for women. The timepieces in this collection are classic yet modern, with an understated wrist presence. Produced limited numbers these timepieces are not statement pieces, but complement wrists of those that don’t have the necessity to flaunt their purchase. The Renaissance Stri watches house a slim Swiss Ronda Quartz movement that complement the slim case profile. The Ronda Swiss movements are workhorses with a battery life lasting upto 2 years, providing the ultimate comfort and versatility of ‘pick-and-go’ for the owners. Taking its lead from the subtle, yet striking design philosophy of the Renaissance Automatic men’s collection, the dials of Renaissance Stri carry a brilliant sunburst surface finishing. The Anthracite, Opaline, and Emerald Green dials are all adorned with applied indices for hour markers, and printed minute markers. The cases are a modern 36mm in size machined out of surgical grade stainless steel, constructed for a water resistant rating of a modest 30 Meters and finished with a high polish, the bezels have been adorned with 72 hand-picked Swarowski crystals. The elegantly curved lugs are set 18mm apart, a standard width in many classic women’s watches. 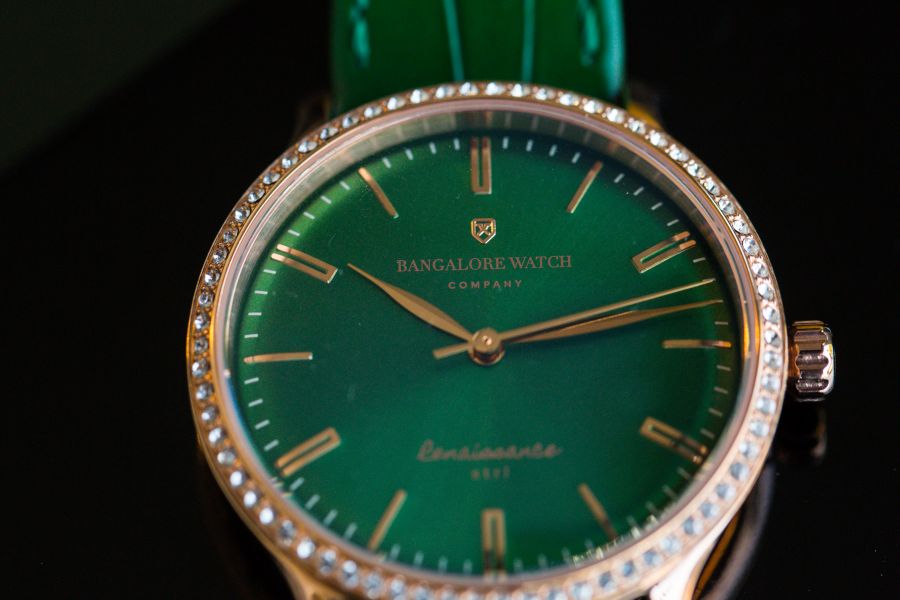 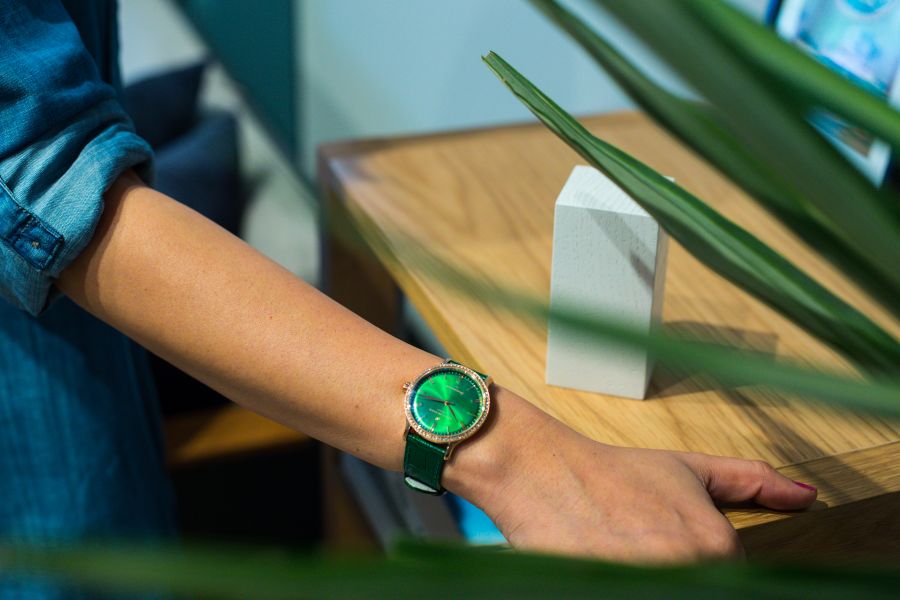 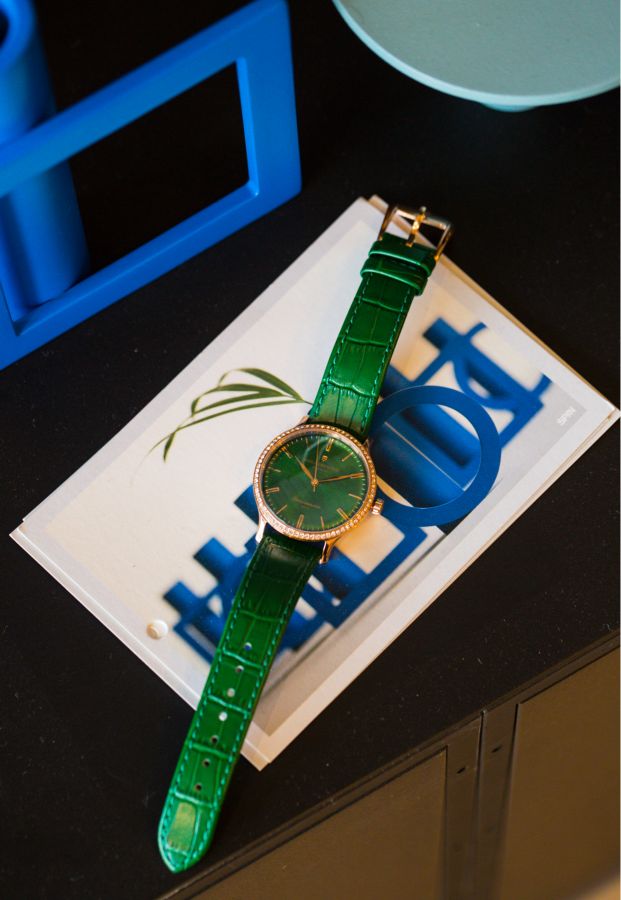 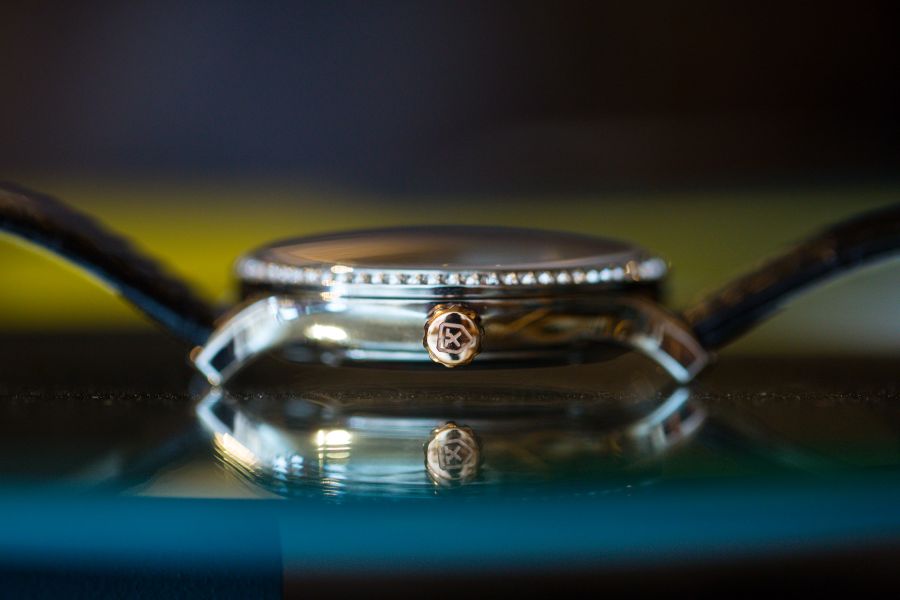 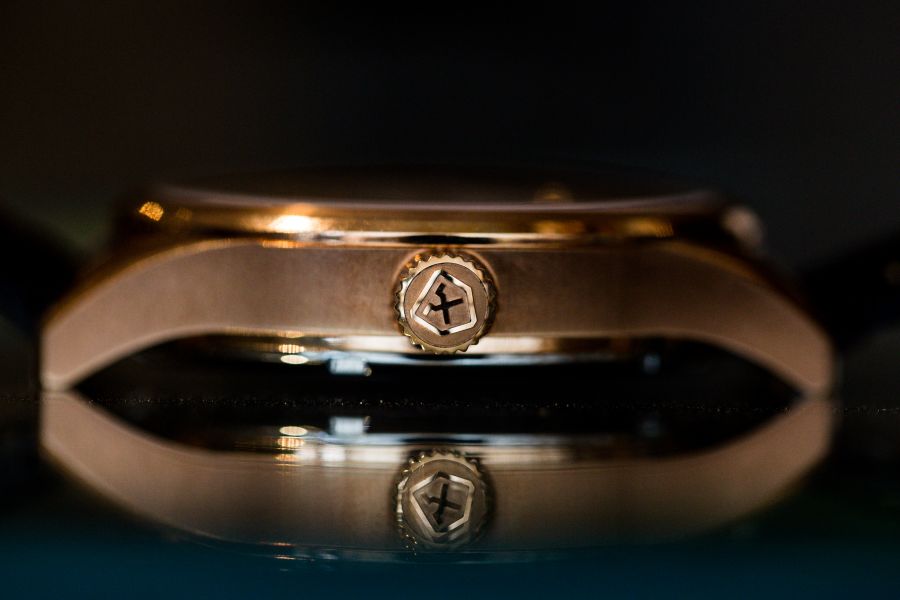 And when we ask Nirupesh-Mercy what would they be doing if not selling watches, there is a quick answer. “Probably run a restaurant together. May be one day, but for that to happen, we will have to sell a lot of watches,” they say in playful jest. In fact, Mercy and Nirupesh spend a lot of time sampling good food outside as well as inside their kitchen. Cooking a meal together, keeps their romance alive as does the joy of giving birth to a hand-crafted watch.

The BWC story is surely fascinating and worth keeping an eye on as the sands of time slither down the hourglass. Nirupesh and Mercy may not have family heirloom Rolexes and other fancy watches passed on to them, but they have an idea worth fighting for – a vision to create India’s very own quality watch brand that will churn out time pieces worth keeping for generations to come. 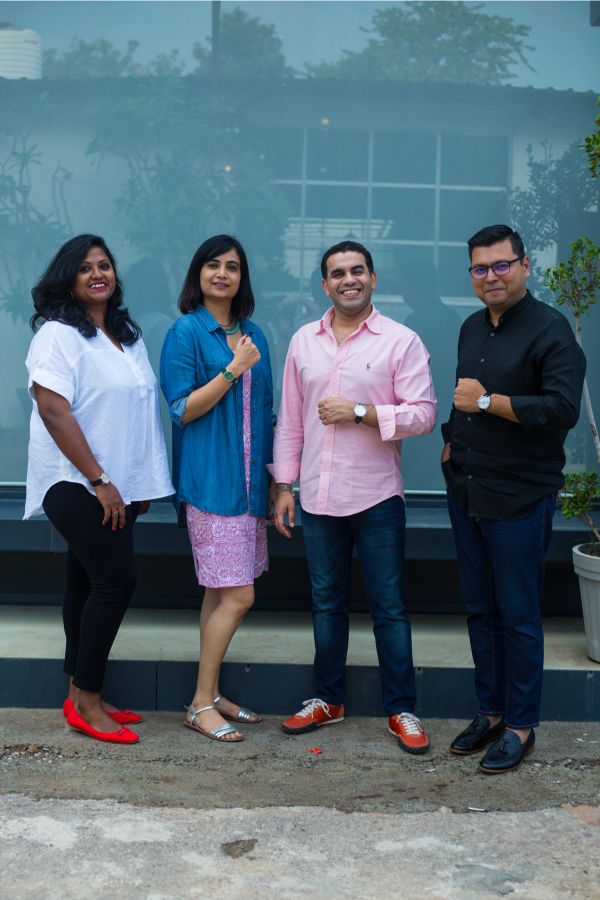 Authored by Vijaya Rathore in September, 2019