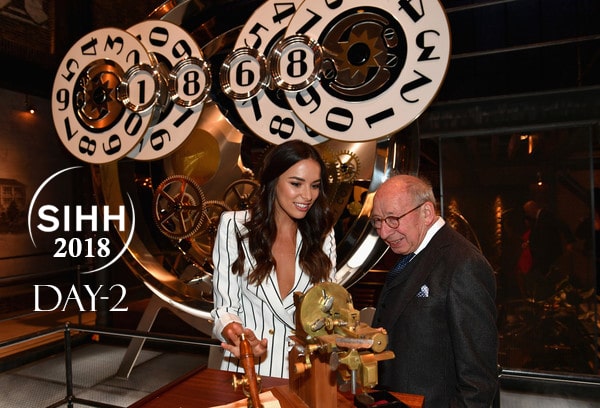 The temperature and tempo both have been rising at Salon International de la Haute Horologerie. There’s so much happening every moment and every corner. While one side opinion leaders are seen give expert first throws on the new launches, the other side brand ambassadors are rolling the red carpet for new watch series, apart from themselves that is. For all the watch lovers as well as the observers the news is too much to contain. And once again we’re back with the hot picks and the best clicks.

Let us take you through the events and revelations on Day 2:

Jaeger-Le Coultre recreated a range of collection with five new models – a three hand automatic, a chronograph and a chronograph world time and two heart winning vintage models: the Polaris Sate and the Polaris Memovox. 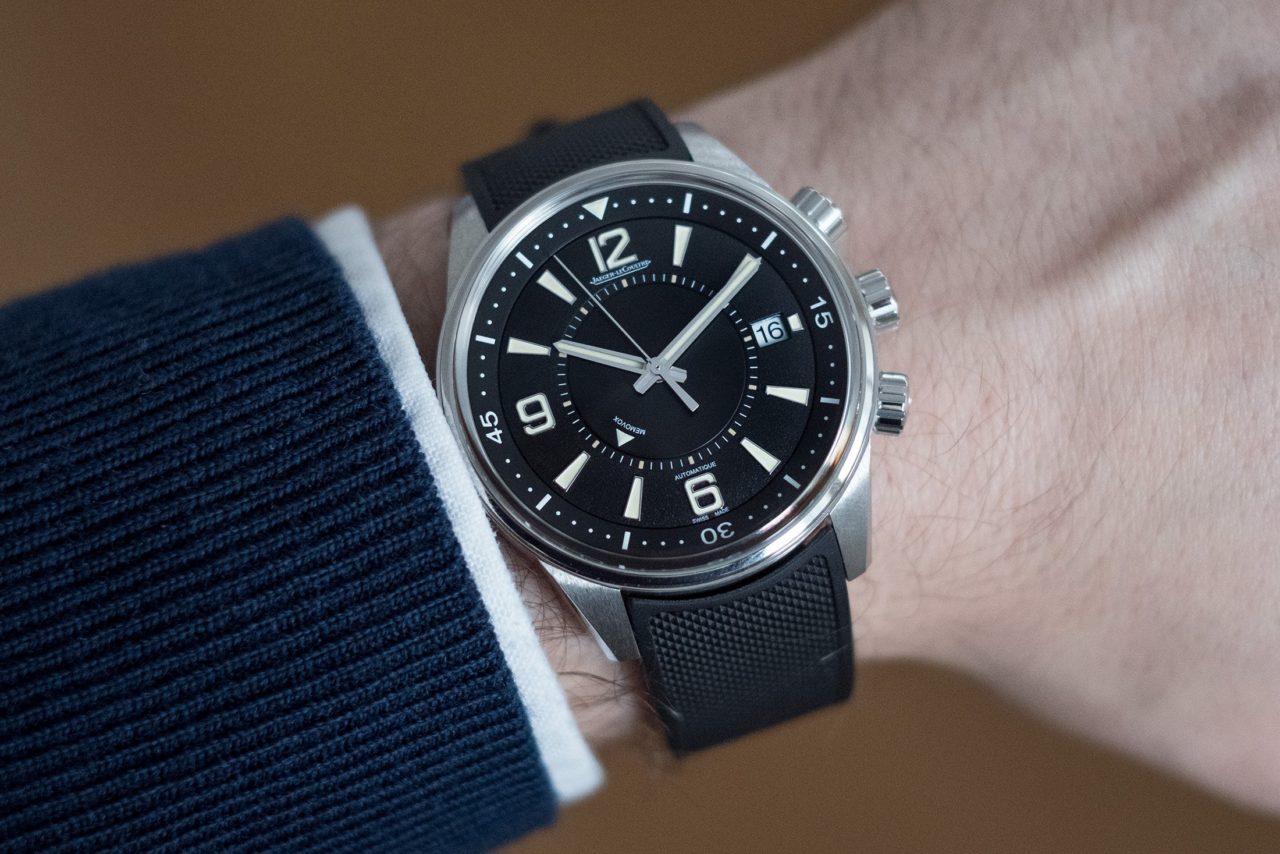 Dedicated to world’s Seven Summit mountaineering challenge, Montblanc introduced a watch featuring the world timer. The 1858 Geosphere displays two globes which demonstrate the northern and southern hemispheres. And to top this all Hugh Jackman made an appearance at the booth and boosted the multi feature watch including. The back of the watch interestingly names the toughest summits and has conquered to be one of the finest and admired watches in display. 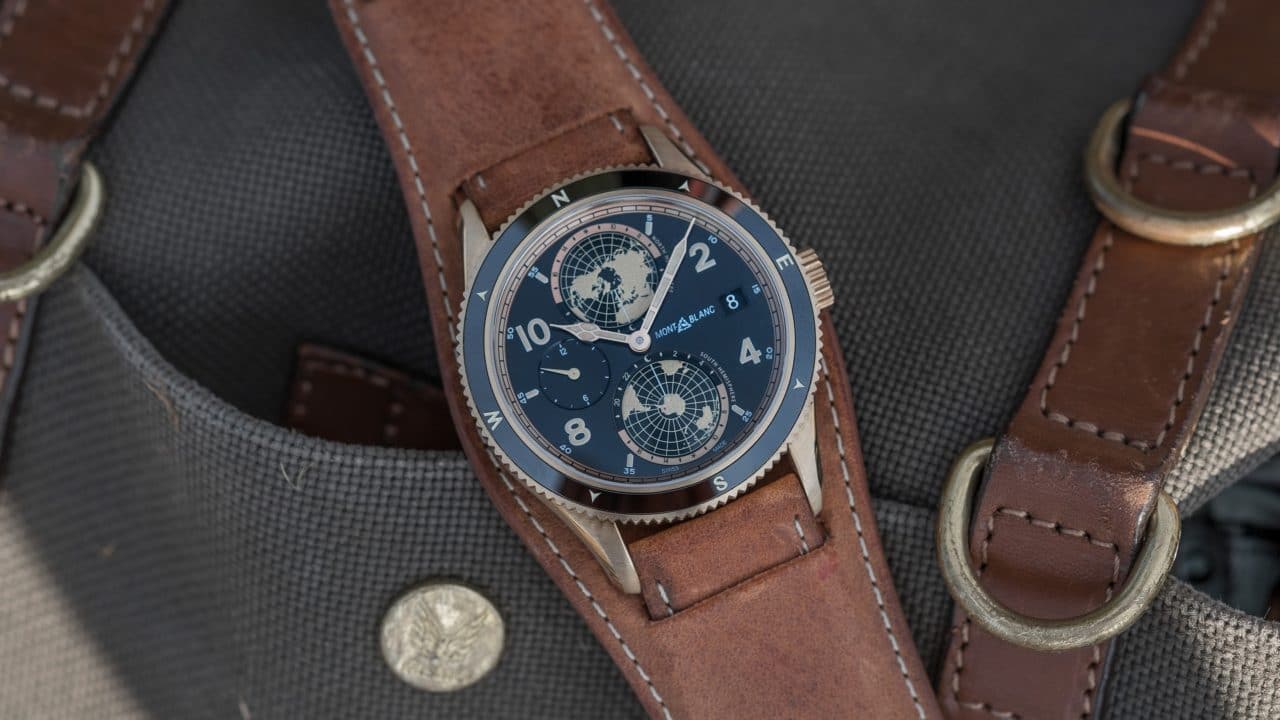 Vacheron Constantin continued to spellbind people with its launches. This day they introduced five new timepieces reflecting history and romance. Métiers d’Art Les Aérostiers collection has five watches to its acclaim which sport the whimsical balloonists of late 1700 known as aérostiers. The mesmerizing feature is that each dial depicts the balloon flights in France between 1783-85. Indeed an astounding work of art and precision. 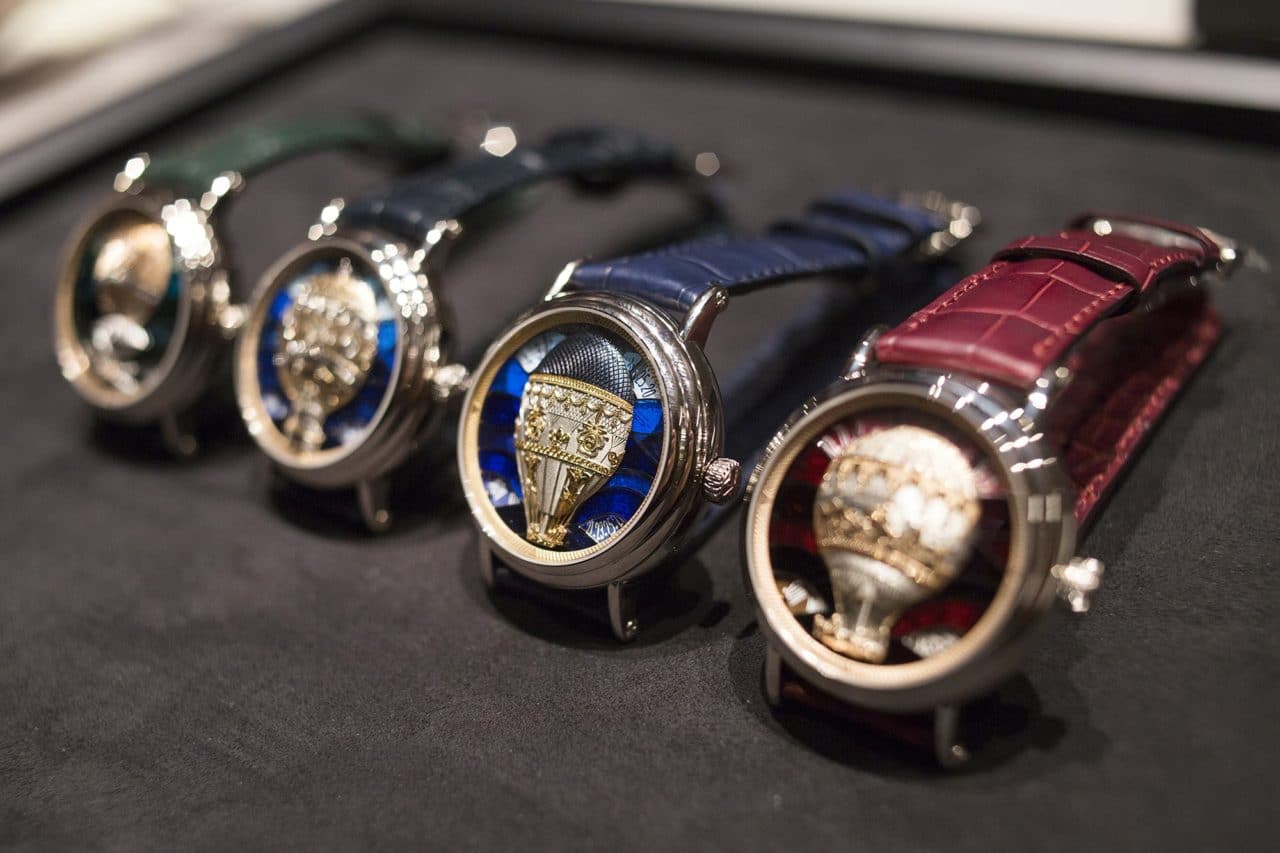 SIHH also saw the light of many classic pieces making appearance with contemporary twists and became the most sold out categories. Topping the classic charts were 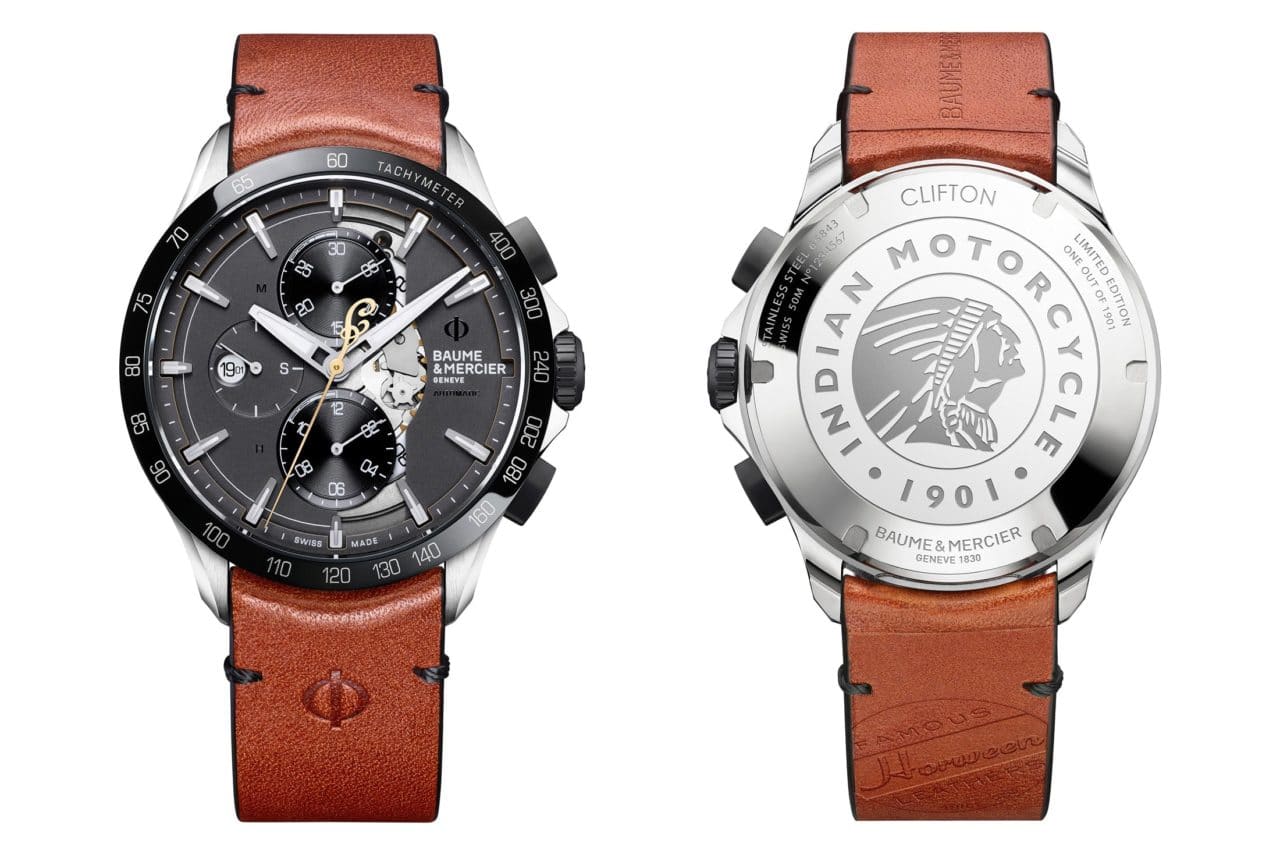 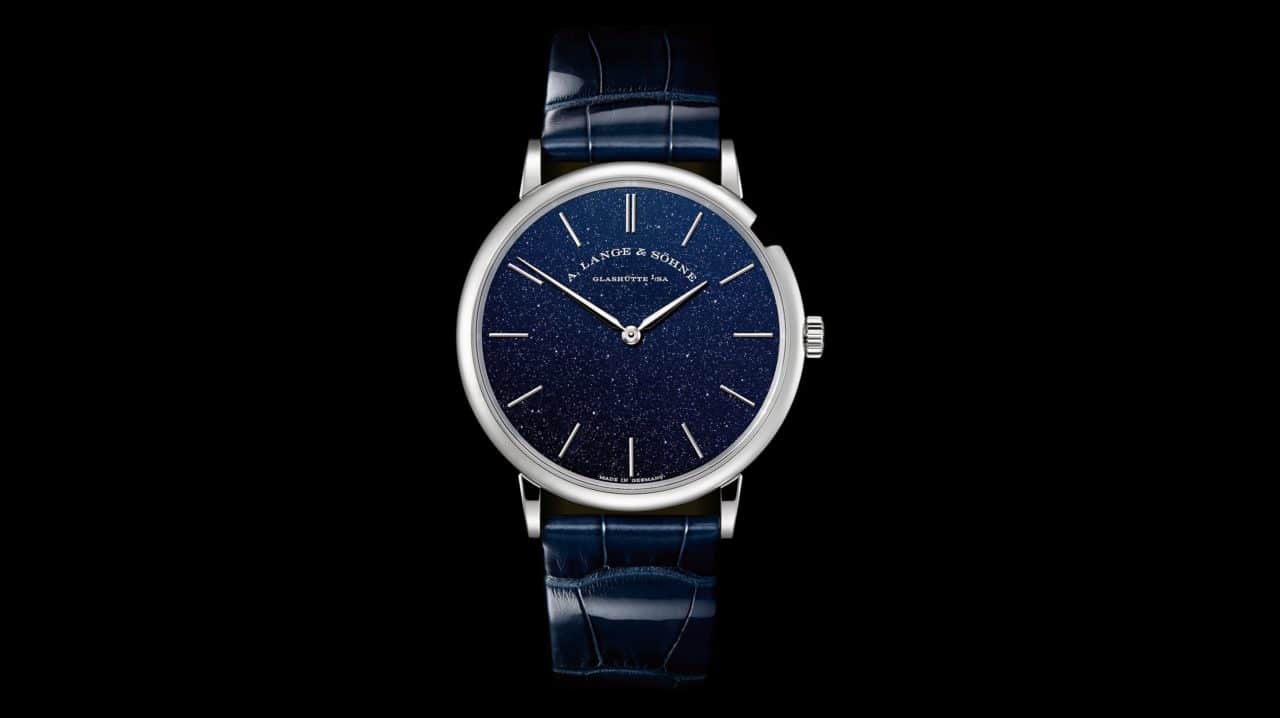 Van Cleef & Arpels stunned the crowd by bringing out the Lady Arpels Planetarium Set against a deep blue aventurine dial, it has spheres depicting Mercury, Venus and Earth around the Sun at their actual speeds. The Moon is the added spectacle feature crafted out of diamond. The watch is a master piece with aesthetically alluring space beauty. 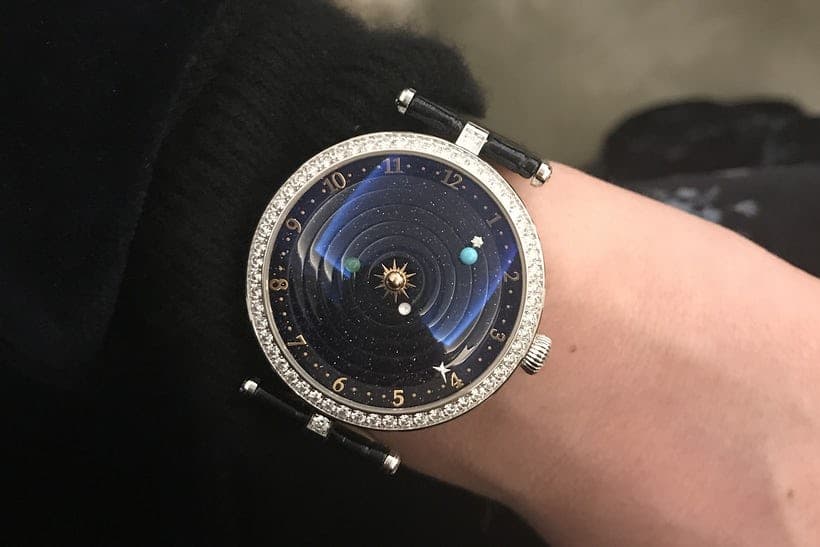 So these were some of the exclusive giveaways at the most exciting watch fair. With ephemeral booths that enigmatically display these select pieces, the SIHH is as happening as it can get. While we scroll around for more upbeat news, keep watching this space to know the best of day 3 from SIHH, Geneva.