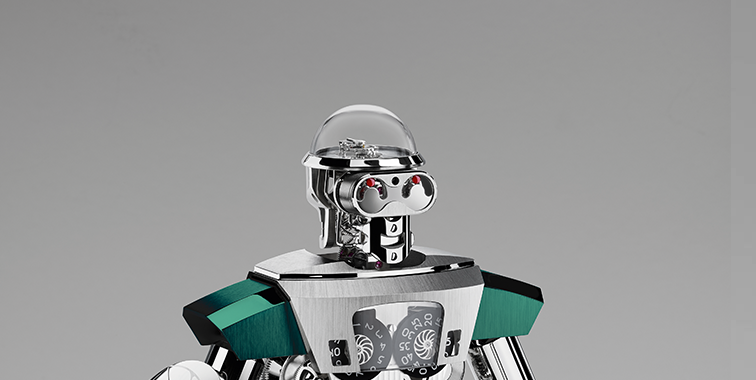 Limited collection desk clocks are a rarity, which is why MB&F’s Balthazar is so special. A high precision robot clock that displays jumping hours, retrograde seconds and armed with a 35-day power reserve, this is a special edition desk clock. 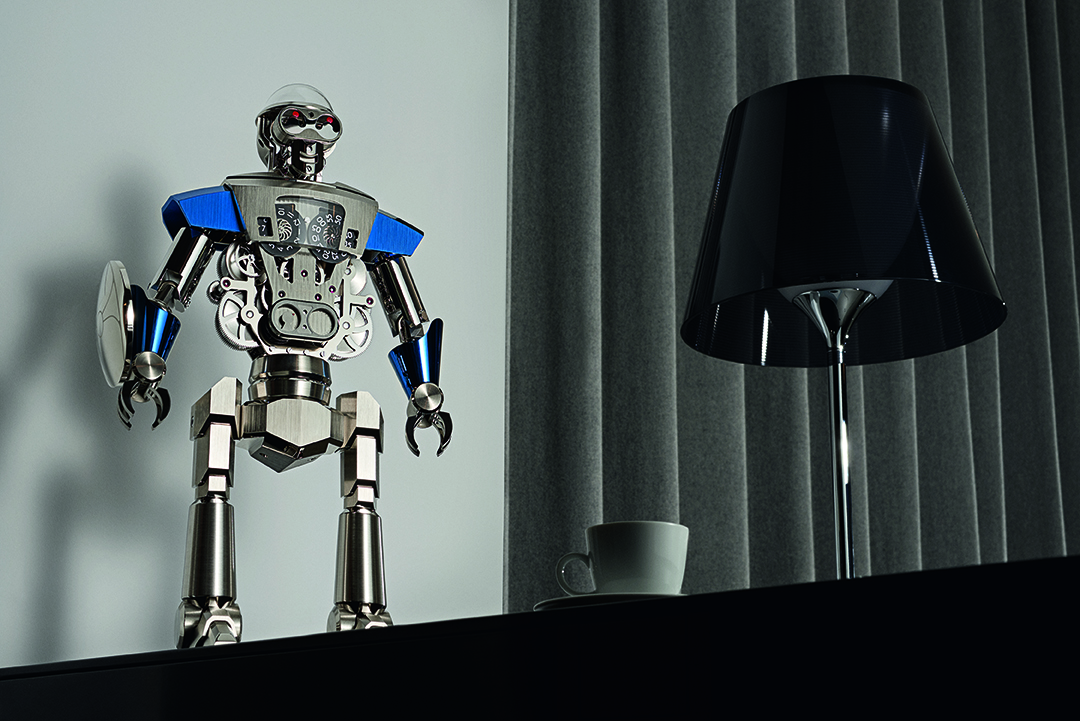 Built in association with Lépee, while the makings of the desk clock are complex with 618 components, the design and colours itself are minimalist and contemporary. The name of this piece itself has been inspired by a common name in Maximilian Büsser’s family where the first sons were named either Balthazar or Melchior. While his father discontinued that, breaking a 500-year tradition, Maximilian liked the name Balthazar so much that he named this range the same.

This desk clock has the makings of a perfect addition to a home that’s simple chic.

With its beady red eyes, Balthazar looks like a mean machine and is available in limited editions of only 50 pieces per colour in black, silver, blue or green armour. 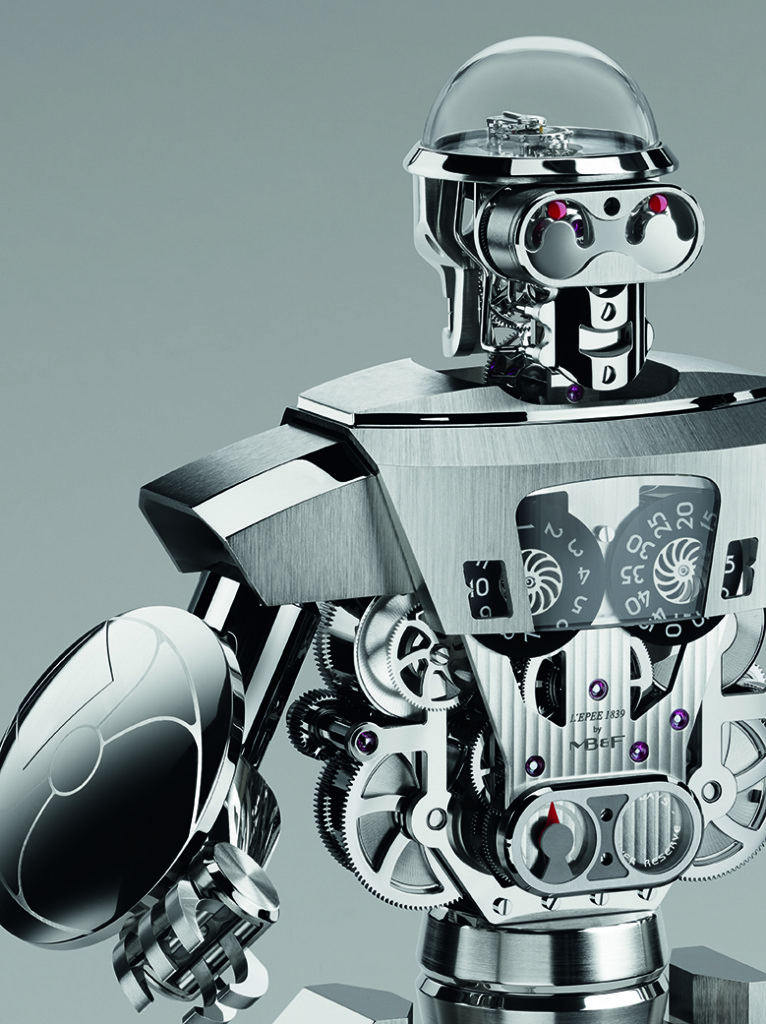 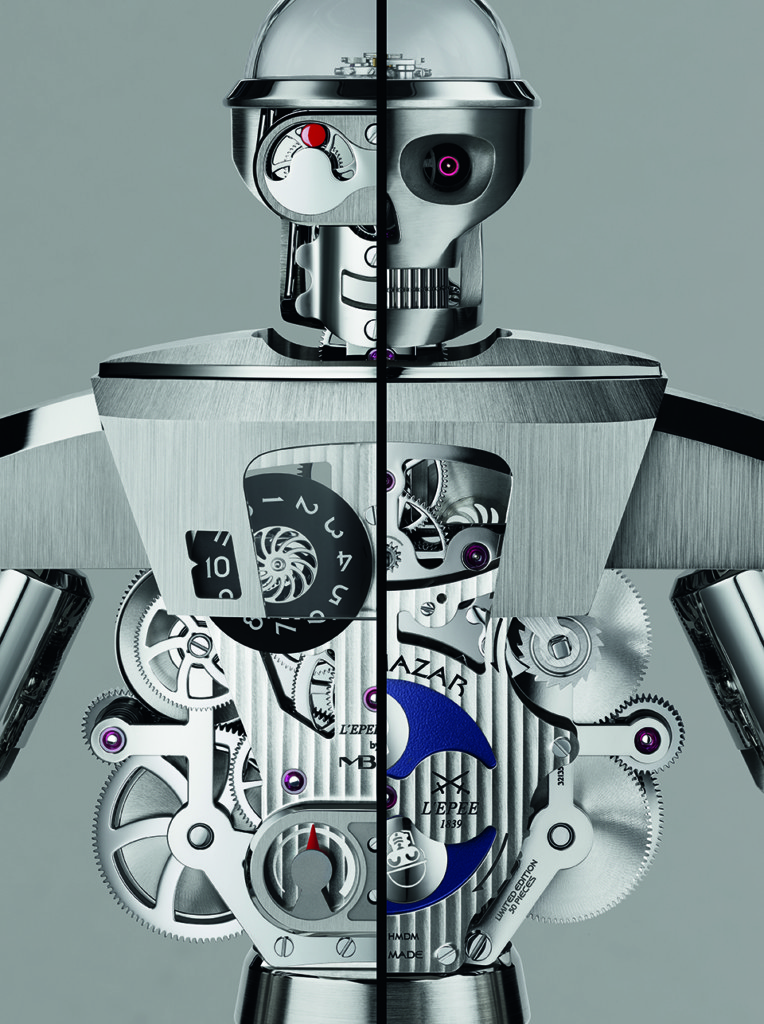