Numismatist turned into a watchmaker. Gaurav Mehta’s passion for both coins and watches led to the establishment of Jaipur Watch Company. JWC is India’s first bespoke watch brand. As such, we consider ourselves very privileged to have been given the opportunity to share with you a very insightful and candid interview with the man. 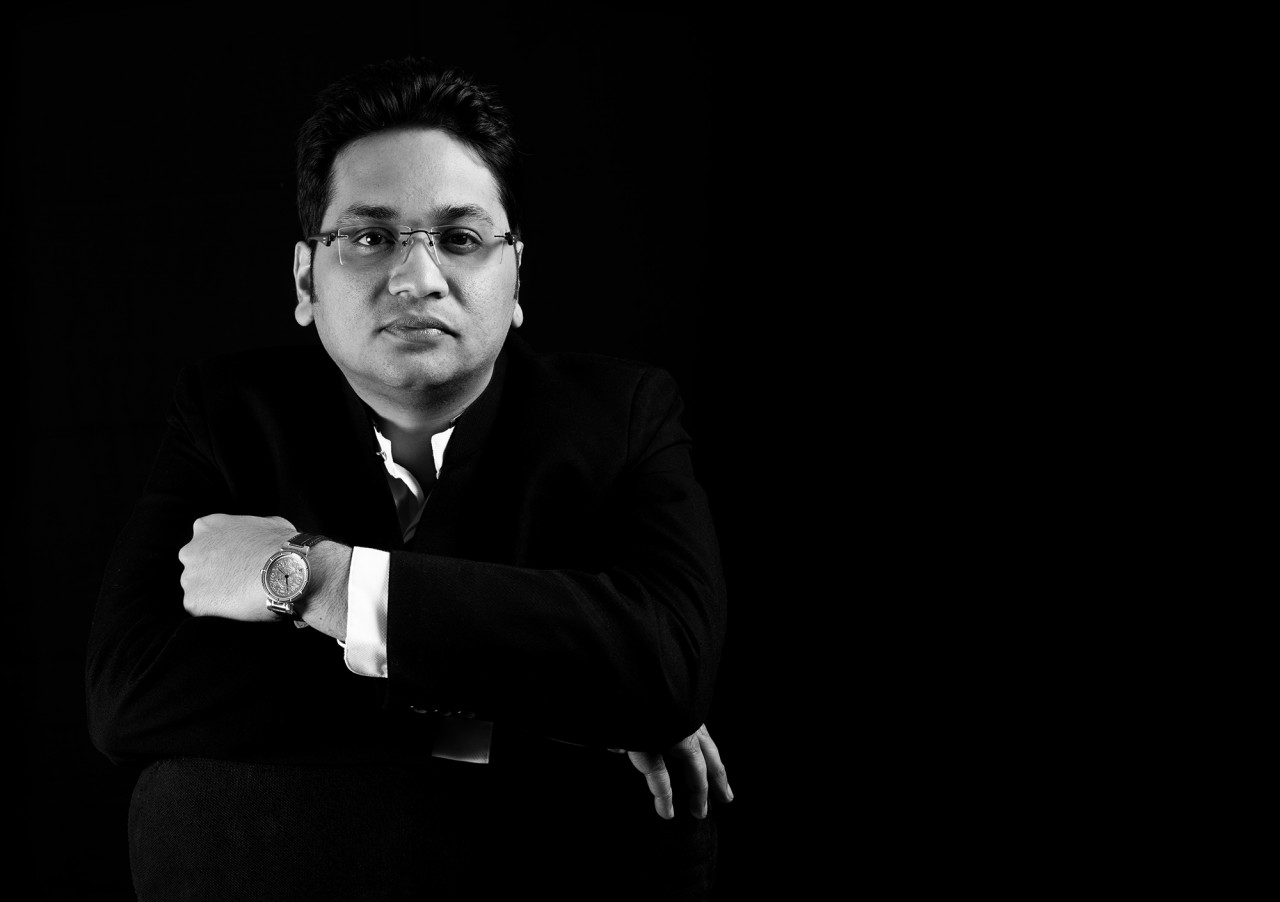 Vishawatch: Tell us about the story behind your coin watches?

Gaurav Mehta: Jaipur Watch Company started in 2013. I had always been a passionate collector of coins. It is this collection that combined with my love for horology gave birth to the brand JWC and our premier collection, the coin watches. The intuitive and defining moment was a realization that India is not yet recognized as a country that specializes in the art of fine watch making. That thought with my passion for horology and numismatics is what created and nurtured the seed for Jaipur Watch Company. 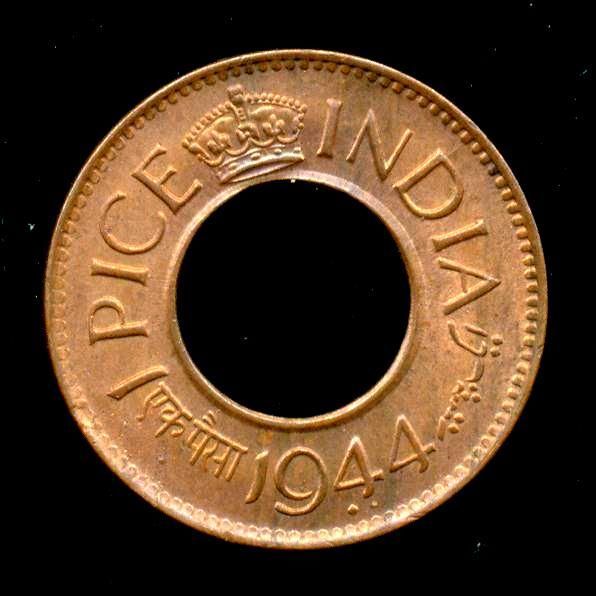 Vishawatch: How do you procure these coins?

Gaurav Mehta: Since childhood the idea of collecting coins interested me. I was fascinated by the stories and the history every coin came with. I started collecting the myriad forms of the Indian currency coins along with a lot of other currencies. It built into a huge collection, which had varieties from different currencies but not a common theme. Under the guidance of Mr. Kothari, a renowned numismatist, I started to develop a theme to the coins I collected and sorted them according to their related history. Currently we procure coins through collectors and numismatic societies.

Vishawatch: Jaipur being the hub for traditional jewellery and all things royal, does it help being in the pink city with blue blood?

Gaurav Mehta: JWC, in a lot of ways is inspired by the regal state of Rajasthan and essentially Jaipur by virtue of the brand being born in this city. The intricate art, architecture & carvings, craftsmanship & skill, lifestyles or even royal splendorous appearances just like the royal jewellery designs, JWC aims at retaining the aura of luxury and opulence through its timepieces. This is where I find it going hand in hand with the traditional Jaipur jewellery.

Gaurav Mehta: These perennially sought after timepieces-the priceless artefact are designed for every connoisseur of fine living and for those who have a deep seated understanding of art and design aesthetics.

Vishawatch: What does it take to be an ace watchmaker in India?

Gaurav Mehta: Proud and passion are the words that crop up instantly. India used to have a few good watchmakers at one point of time, but all of them have gone off the limelight recently. As a watchmaker and a watch brand from India, our efforts are concentrated towards putting India back on the horological map but with a flavour of India. 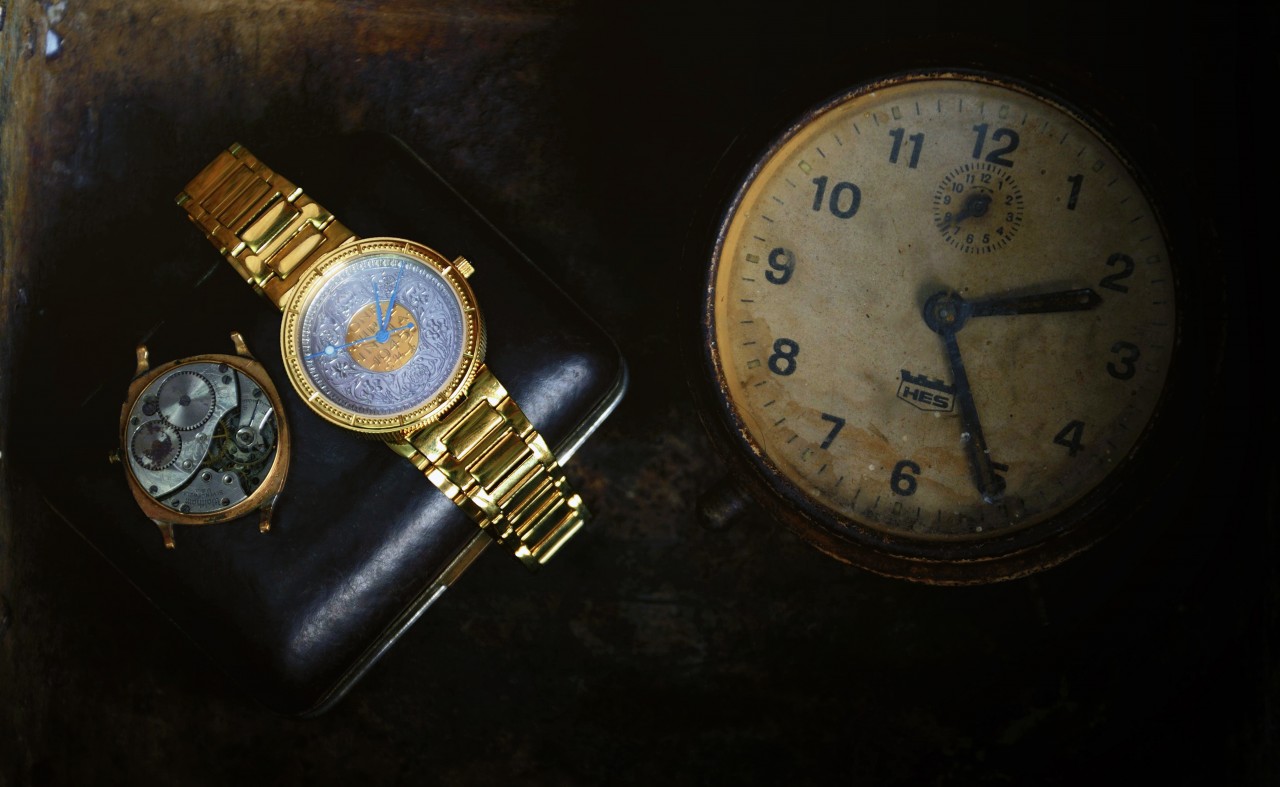 Vishawatch: Do you plan to create watches without coins in future?

Gaurav Mehta: A horological wonder crafted and customised to cater the requirements of every single individual. Be it for women’s safety, a senior citizen or a special kid’s needs, ornate or neoclassic piece, a red carpet accessory and the list continues because as a designer there is no end to vision and innovation.

Vishawatch: What has been your biggest risk being a watchmaker in India?

Gaurav Mehta: All businesses come with a risk. Watch making is of course a bigger risk when you talk about a market like India where it is difficult to find a fine watch brand and we are trying to make inroads in an untouched territory. There hardly have any ancillary industries in watchmaking in India which makes it difficult to source and support. But over a period of 3 years, we have developed a lot of things in-house.

Vishawatch: Tell us about one of your proudest moments as a watchmaker?

Gaurav Mehta: We have sold a number of watches since our launch in 2013 essaying the growth of this one-of-a-kind model that takes the ‘Make In India’ concept a notch higher.

I would like to highlight our expertise and experience in artisanal horology, JWC has crafted a made-to-measure timepiece for His Highness Maharaja Gaj Singh which sums up to be our most memorable creation. This timepiece was infused with elements that essay the Maharaja’s love for the royal equestrian sport of Polo. True to the unmatched polo tradition, JWC’s limited edition collection titled ‘JWC Polo’ embeds various elements of the equestrian sport. An amalgamation of royalty with the eagle (coat of arms) and the official polo emblem, these timepieces are crafted in Swiss Movement with a jump hour mechanism and water resistance. The first in this series 001 is a bespoke piece handcrafted for the royal His Highness as the purveyor of the royal sport in the region.

Vishawatch: Which is the most unique piece you ever made and for whom?

Gaurav Mehta: It was a timepiece presented to Mr. Amitabh Bachchan. The watch resonated with the finesse of the actor with a classic silver body embedded with the pre-independence era King George VI coin from 1944, the decade that marks the birth of the actor with the flip side of the watch encrusted with his signature. This creation crafted by Jaipur Watch Company was to essentially celebrate the actor. 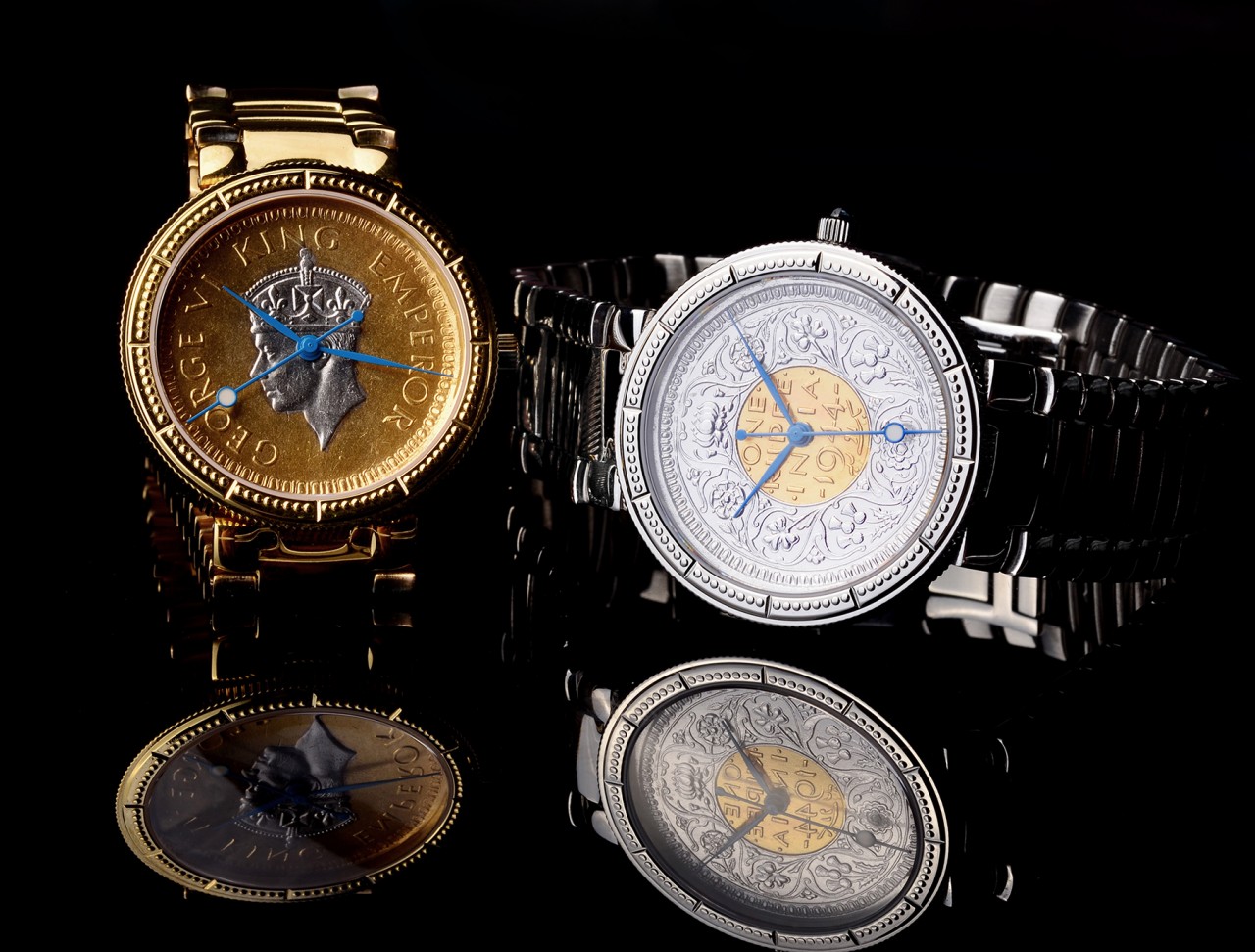 Vishawatch: How long did it take to manufacture the first time piece?

Gaurav Mehta: Crafting every watch is a meticulous process, as we aimed to create collectibles and heirlooms connoting a story and the mastery of artistry. Thus not wanting to leave any stone unturned. After sampling various designs and working with different concepts of coin watches we came up with the first range.

Vishawatch: Most popular piece till date?

Gaurav Mehta: Our maiden series of watches, the Imperial Collection is touted to be the most popular owing to the story it tells. The Imperial Watch Collection consists of watches that house the 70 year old King George the VI coin in its dial. Its name comes from the fact that King George VI was the last ruling British king and the first head of the commonwealth of India. It is reminiscent of the era where India transitioned into a free country. 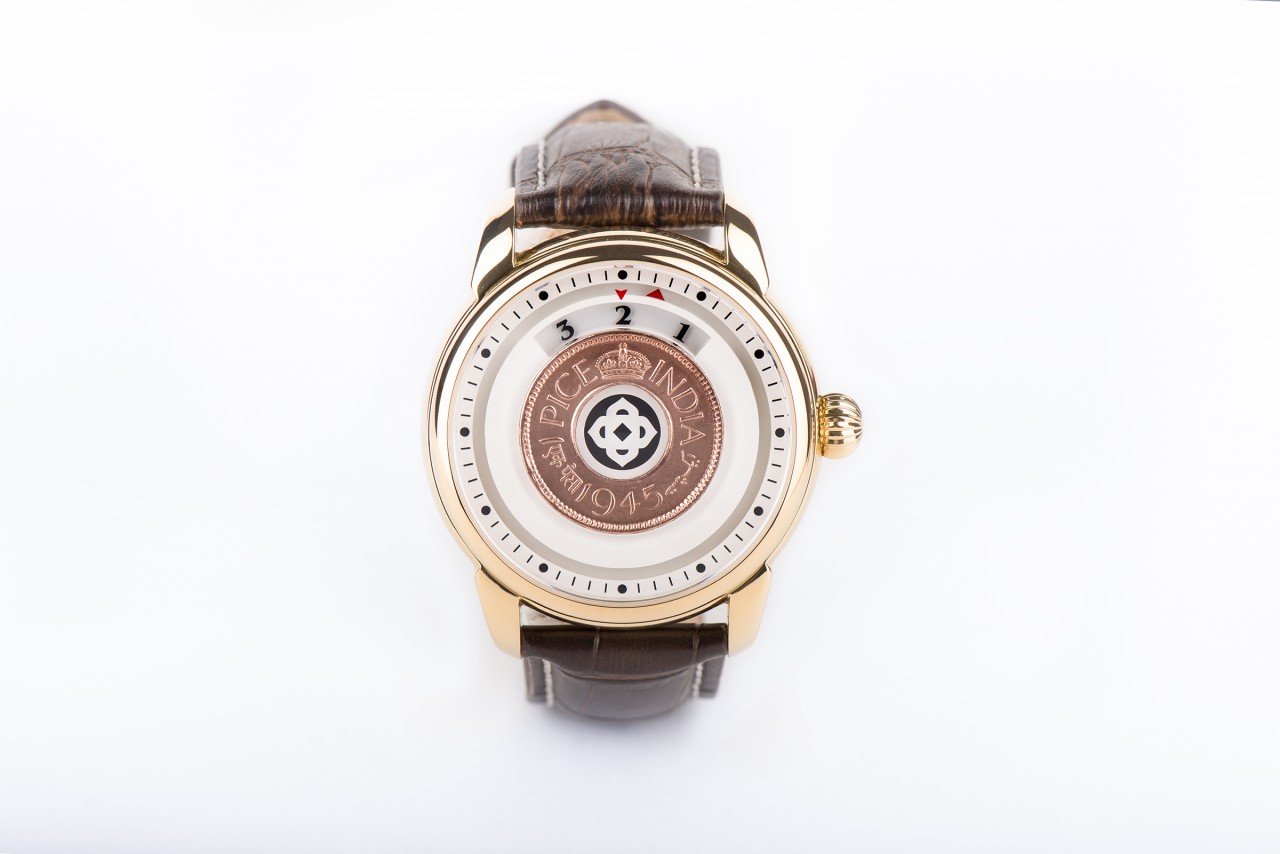 Vishawatch: As a watchmaker, which is your favourite brand?

Gaurav Mehta: I have had a keen interest in watches, ever since childhood. My first watch was an old HMT watch gifted to me by my father at the age of 12, this was the watch that triggered my interests and drove me more passionately towards horology. In my personal collection I own more than 100 watches. My favourite is our very own HMT, and out of all the HMT’s and other brands I own, my personal favourite watch model is HMT BRAILLE.

Vishawatch: Where do you see JWC 5 years from now?

Gaurav Mehta: 5 years from now, I would like JWC to be perceived as a powerhouse, a prolific inventor and a manor house of unique timepieces. We are and will continue to craft pieces that unveil our fiendishly-difficult-to-make watches that chimes hours and minutes en passant like energy, to pieces that defy the myth of foreign brands. In essence, create watches that astonish the horological world and showcase a taste of India.